A public service announcement used to run at the top of the evening news: "It's 10 p.m. Do you know where your children are?" 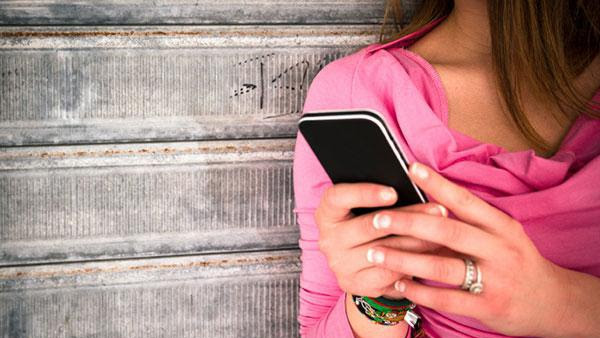 Well, it's 2014, and with smartphone technology it's possible to track your children all the time.

A number of parental tracking apps and services exist for monitoring teen activity on smartphones: MamaBear, Life360, Canary and My Mobile Watchdog, to name a few. Some parents say using these services is a sign of good parenting, yet psychologists and privacy experts warn that there are pros and cons, and parents should weigh them before signing up.

One of those services, called TeenSafe, allows parents to monitor their children's location, social media activity, text messages and call log. There are more than 500,000 users, according to Ameeta Jain, a TeenSafe co-founder.

"As a mom with two teens, I was concerned about not having a window into my child's digital world," Jain told USA TODAY Network about her decision to create the service, which launched in 2011 but has continued to update and change with new technology.

Smartphones with GPS provide an option for constant tracking, and 37% of teens own smartphones, according to a 2013 "Teens and Technology" Pew Research survey.

Parents can log in to TeenSafe on their own phone, or on a tablet or desktop and see what their children are saying and doing on their iPhone or Android phones. The service has helped parents identify online bullying and has kept teens out of dangerous situations like getting into a car with a drunk driver, according to Jain.

"If we don't know what is going on in their digital world we can't protect them, we can't guide them," she said.

But constant monitoring can harm parent and teen relationships, according to Barbara Greenberg, a family clinical psychologist and expert on teen behavior.

"It really gives the message, 'I don't trust you at all,' " she told USA TODAY Network. "It's over-involvement."

Part of maturing, according to Greenberg, means making mistakes and learning from them. If the child feels that the parent is always watching and will always fix everything, the child may develop a lack of confidence and increased anxiety, she said.

"These smartphones do open the world to kids, and there's good and there's bad," said Michael Brody, from the American Academy of Child and Adolescent Psychiatry. "I understand that parents want to use [tracking services] to make things safer, but they may be defeating their purposes. The way you make your children safe is to make them able to take care of themselves by themselves."

Both Brody and Greenberg advocated for open communication between parent and child about how the child is using the smartphone. Greenberg advised that parent have passwords to each social media account and let their children know they will be checking in from time to time.

"Parents should ask where their kids are going, but to track them, it creates immediately an adversarial relationship," Brody said.

However, Jayne Hitchock, a cyberbullying expert and president of the volunteer organization Working to Halt Online Abuse, argued that parents are entitled to know about their children's digital activities as long as they're under their care..

"If [parents] have these monitoring apps and they have their passwords to their various accounts, then they can go in and take a look and maybe head off a possible suicide," Hitchock said.

Teen and parent relationships aside, there are privacy concerns with what data each service or app may be collecting. Before people sign up to use one, Paul Stephens, director of policy and advocacy at Privacy Rights Clearinghouse, advises that individuals thoroughly check out what each company is doing with that information.

"Any time you install any sort of app, you really need to carefully look at the privacy policy of that app" he said, noting that the policy will detail how data that is acquired can be used, which could include for marketing materials.

Tracking apps and services could also potentially be used to stalk people who are not the users' children, Stephens said. "Obviously there are many situations in which [tracking apps or services] or any app can be abused," according to Stephens.
Posted by Praveen Dilip Geoffrey at 1:52 AM

Email ThisBlogThis!Share to TwitterShare to FacebookShare to Pinterest
Labels: Parenting