How Blockchain can be able to create a revolution in the mobile app industry?

In terms of the financial transaction the world has changed its way of paying money; starting from the barter system and now it’s moving to online payment. The app development companies took a step further into the digital world and created digital currency and this is where Blockchain technology comes into play. 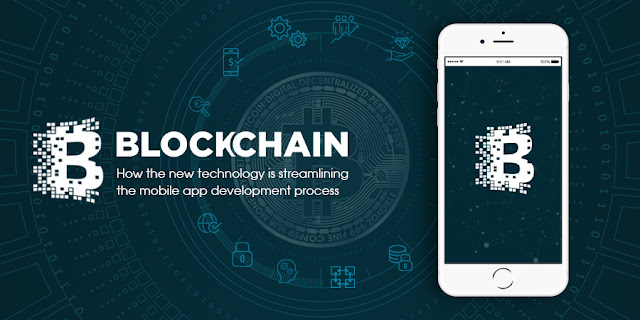 App Approval
The major concern for any app developer is the issue of app approval with Google play store and apple apps store being the leaders they demand quality and integrity of the app.

With the introduction of Blockchain technology, the app approval system can be made easier because of the transparency of the app developer.  App developer’s financial transaction will be directly linked to the public ledger.

Advertising
Advertising has become a major concern in every industry especially in the Mobile application side there are more 2.2million apps. The mobile app developers must invest in CPI (Cost per installation) campaigns; these campaigns are very shady and risky and they are being controlled by middlemen.

With the Entry of Blockchain Technology, the advertising style can be modified by eliminating the middlemen and providing a new campaign based on the amount of time spent in application this is called CPA campaign (Cost per attention).

The In-app purchase
A recent report says that more than half the people in the world are using smartphones but among them, only a few billion people are using the in-app purchasing that are necessary for them to use the app. The main hassle comes into the situation is that both the user and developer are not happy with the payment process for in-app purchase.

Blockchain technology will help the user to use their CPA rewards even without the help of credit cards and other payment methods; Apart from this, the Developers can enjoy a benefit of 85% from the transaction value by evading the middlemen.

Infrastructure Security
Security has become a major concern in every digital platform because of hackers and malware problems most of the app developers are very serious about these issues.

Due to the issue of digital currency people worry that Blockchain may also face the threat of security problems, it will empower the app developers and give full control to them so no one can alter the data without their prior access.

Free From passwords
The use of passwords has become a bane in the digital world this may be a bit cryptic but passwords are cracked more easily nowadays by the hackers, but with the help of Blockchain technology there is no need for the use of passwords.

It has its best feature of network decentralization so there will be common consent among the involved people for the authentication of Blockchain based SSL (security socket layer) certificates. This will make the transaction method ease and there will be no issues.

Transparent and Secure Environment
Blockchain technology has the best transparent and secure environment for the transaction; why?  Because the transaction activity will be tracked and monitored in such a way that the users can easily follow the process and also reduce the risk of any fake transaction or security issues. The security concerns will be highly controlled in categorization and information storage and it will be tracked, verified, secured.

Entries can be increased so there won’t be any limits to feed the information. It stands as a strong verification and balancing system that will give the user full control over the digital process.

The unique identity can be used for various purposes so there won’t be any confusion. This one can be shown to any government organization, Healthcare organizations and financial institutions as a personal identification proof.

For an App developer, this form of identification can be considered as Eden’s apple so that can use this method to create digital identification management apps for different sectors.

The boom of Digital Wallets
Digital wallets have become the state of the art transaction methods in various parts of the world; this form of change is due to the latest change in cryptocurrency advancements. All these are completely secured with the help of Blockchain technology.

Acts as a Complex digital ledger system
The blockchain is simply a vast digital ledger that is powered by an extensive computer network, to send and analyze the data in a seamless manner.

If there’s any change in the accounting records or data it automatically changes the other machines that are connected on the same network and above all the values are adjusted based on the changes.

This kind of methodical approach should be followed by the mobile networks as well normally the mobile networks exploit the client and server system. A major focus has to be in this because mobile networks are overburdened with millions of users trying to access the data, but with the help of this technology the problem can be solved as the Blockchain Facilitates increased storage space and uninterrupted data streaming services.

Safeguarding by multiple user access
Blockchain gives the users multiple accesses but it needs verification of adjusted information. With this technology, enciphering is a very difficult process and makes it impossible to duplicate the system without the decryption key.

In the upcoming years, Blockchain technology will grow parallel to mobile technology and it will be widespread. The mobile app development company is motivated on creating custom OS apps the Blockchain technology can safeguard the consumer to the highest level and confidentially secures all your app projects with new industry standard security and encryption.
Posted by Praveen Dilip Geoffrey at 3:47 PM