Suresh Raina Thanks Supporters and Fans for Wishes on His Wedding 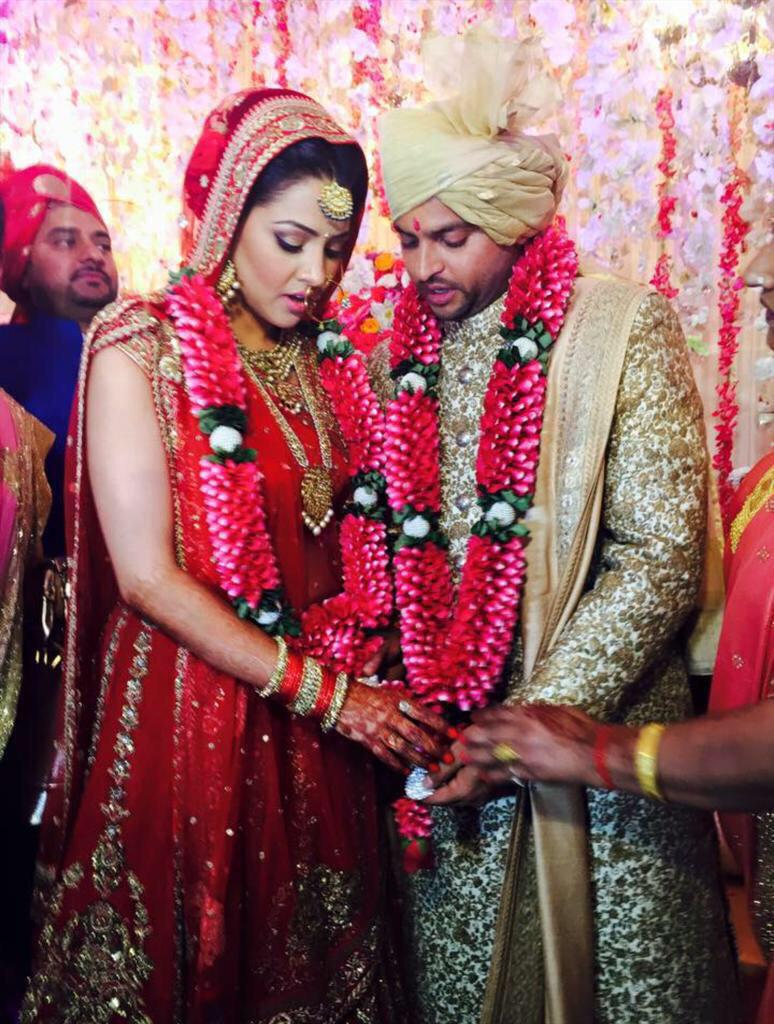 India all-rounder Suresh Raina has thanked all his well-wishers, including fans, for their messages on the occasion of his wedding. The cricketer got married to his childhood friend Priyanka on Friday.
The glitzy marriage ceremony took place at Hotel Leela Palace in New Delhi and saw several domestic cricketers join international players in wishing the couple well. "Finally married to my beautiful wife Priyanka. I take this opportunity to thank all my supporters and fans for their incredible love and good wishes, for our happy married life," Raina tweeted a day later. "Love you all." (Galaxy of stars light up Suresh Raina's wedding) 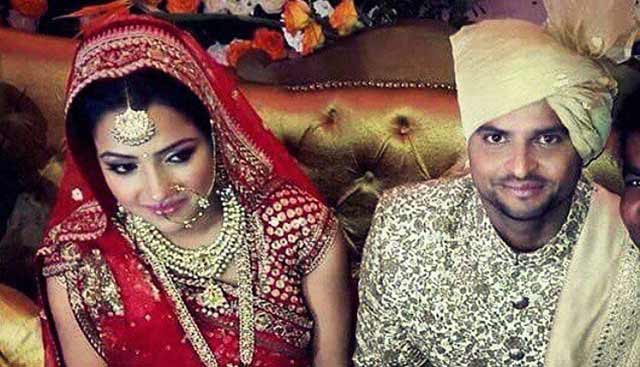 In an event attended by India captain MS Dhoni and his wife Sakshi, ICC chief N. Srinivasan among several others, Raina married Priyanka who works in The Netherlands. Priyanka's family has been close friends with the Raina's for a long time now. Her father was reportedly Suresh Raina's sports teacher in Ghaziabad. (Suresh Raina reveals mum's role in fixing important innings of his life)
Raina himself was busy training for the IPL 2015 - beginning April 8 - on the day of his wedding and flew in for the ceremony in the evening. Even as the cricketer gets set to come out once again for Chennai Super Kings on the cricket field, he is equally ready for the most important innings of his life - his marriage.
Posted by Praveen Dilip Geoffrey at 8:29 PM