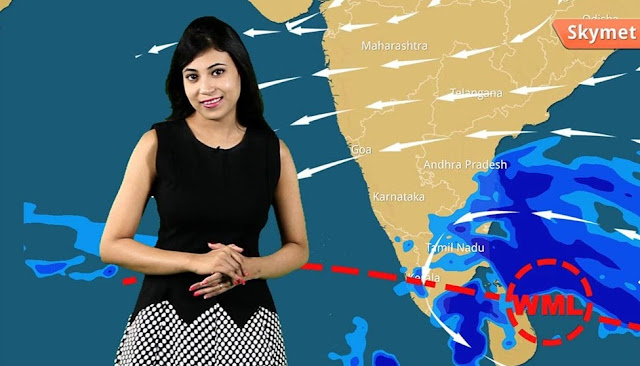 All thanks to the cyclonic circulation over southwest Bay of Bengal off Tamil Nadu and Sri Lanka. There is a trough extending northwards, along the East Coast.

There is another cyclonic circulation closely following, which is likely to merge with this one. Accordingly, a low pressure area could develop over the region after 24 to 48 hours. In fact, Northeast Monsoon will bring some rainfall in most parts of Peninsular India during next few days.

North India is once again experiencing drier weather conditions with northwesterly winds blowing over the region. Moist winds had reduced visibility conditions during the last few days. We can now see clear skies over Punjab, Haryana, and Delhi-NCR. Maximum temperatures will rise marginally, while the minimums will come down to normal levels.

Posted by Praveen Dilip Geoffrey at 9:06 AM