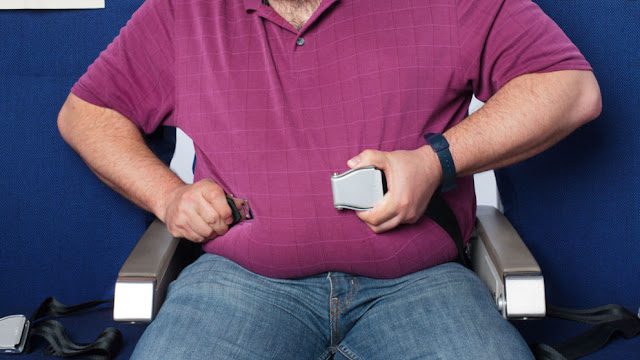 Nearly 40% of British travellers believe airlines should take a passengers' weight into consideration when setting luggage allowances, a survey suggests.

According to the poll, 18% of adults feel "angry" that heavier people are entitled to the same baggage limit.

Many of those questioned said making sure that their suitcase did not exceed an airline's weight restrictions was the most stressful element of plane travel.

But women appeared to be more concerned about following the rules than men.

Kasia Jankowska, from the online travel company eDreams, said: "It is clear that many travellers find packing to meet a specific weight restriction a huge amount of stress, which has in turn caused a substantial amount of resentment between passengers.

"No matter whether you take a regimented approach weeks before departure or throw your clothes in a suitcase minutes before you leave - packing for a trip is a big deal."

On some airlines, exceeding a baggage allowance can lead to eye-watering charges.

Figures from the Health and Social Care Information Centre show 62% of adults in England are currently obese or overweight.