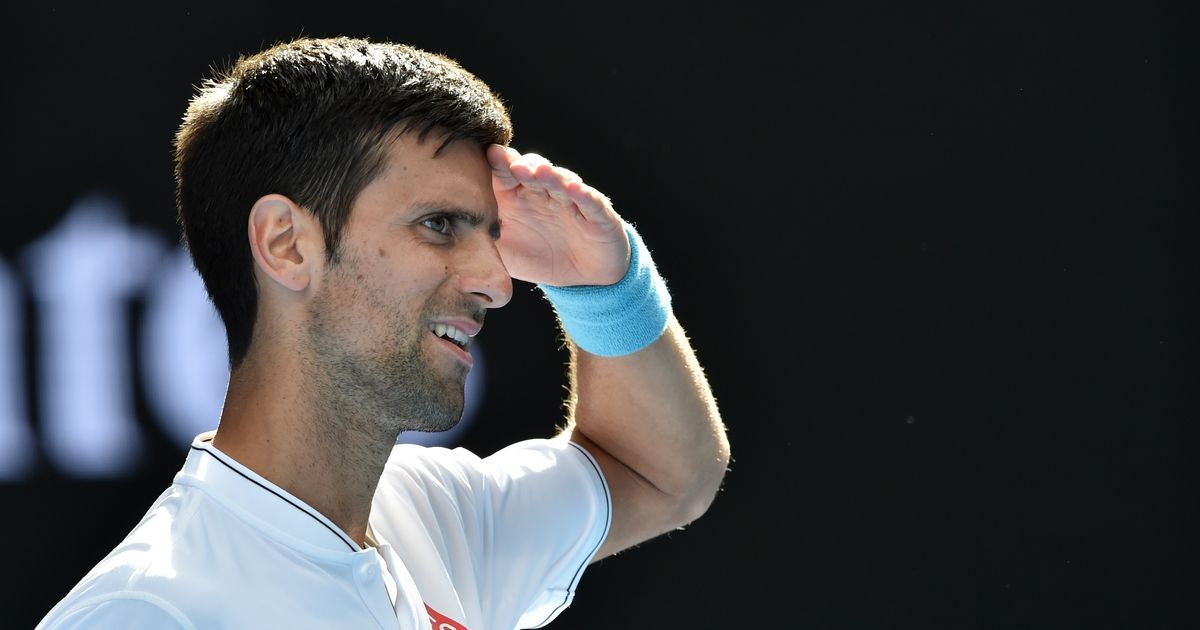 It started with a 16-minute long opening service game, in which defending champion Novak Djokovic saved six break points to put himself up on the scoreboard. In the end, however, Djokovic was left gazing helplessly as the 117th-ranked Denis Istomin, his second-round opponent, whittled down all of his defences. To not only convincingly win a mammoth contest that read 7-6, 5-7, 2-6, 7-6, 6-4 and lasted four hours and 48 minutes, but also to end the absoluteness of his domination Down Under.

A miss of the draw, or the tale of contrasting results?

Looking back, at the draw, this was one match that should have been easy for the six-time Australian Open champion. Enjoying a comfortable 5-0 head-to-head record as he did against his Uzbek rival, Djokovic had also defeated him twice before in the Australian Open third round – which incidentally had been the 30-year-old Istomin’s best finishes at Melbourne Park – in regulation, straight sets. Additionally, lopsided as this statistic was in his favour, the Serbian had also come into the season’s first Major on the back of promising vibes in a heady contrast to how he had finished off the 2016 season.
Djokovic’s introduction to the 2017 season was a rousing run in Doha, where he stormed into the final after coming back from the brink of defeat in his semi-final against Fernando Verdasco, before ending Andy Murray’s unbeaten streak of 28 wins to lift the title. The comparison between the same player, from that final – or that semi-final – to the one, who was colossally upset on Thursday, however, couldn’t have been any starker.
Throughout the course of the week in Doha, now seemingly far away in the context of his premature ousting in Melbourne, the 12-time Grand Slam champion was on his toes mentally as much as he was playing his heart out physically on the court. His performances laid the last remaining scepticism – generated after his former coach, Boris Becker’s opining of how unfocused he had become since completing the career Grand Slam – about his way forward in the sport to firm rest, much like the subject of the German’s association with him.

A reconnect to the not-so-distant past

Djokovic’s defeat at the Rod Laver Arena has then become the unwitting rewinding to these detractions. While there was no lack of certitude on the two-time defending champion’s part with regard to his mental focus per se in the almost five-hour long match, there was an unmistakeable tentativeness in his game that in turn led to him becoming hesitant on crucial points. Thus, where Istomin went for his shots – at times, going for broke – Djokovic adopting a wait-and-watch attitude to draw out his opponent’s weaknesses didn’t work for him.
The 29-year-old also lost the opening set in this manner, despite leading 4-1 and having a couple of set points to negate Istomin’s advantage. Though he did partially recover from his self-inflicted slump in the second and third set – especially in the latter set, where he dominated to get two breaks of serve and take an inspired lead in the match – his inability to maintain the same intensity over the course of the next two sets proved to be his downfall irrespective of having finishing the match with more number of points (193) as compared to his rival (186).

What’s next for the Grand Slam champion?

There is a significant amount of statistical trivia going around enumerating the nature of Djokovic’s defeat. But there’s no quantifying or pinpointing the last time when his performance looked so off-putting in spite of having engaged in a similarly tireless encounter, where his physical and mental acuity weren’t under duress.
On his part, Djokovic tried to downplay the severity of his loss in his post-match press conference by observing, “Today, Denis sure was the underdog but he, you know, didn’t show any nerves in the big moments and I think he’s experienced in playing a long time. He didn’t play that many big matches, but everything came together [for him]. It was the right moment for him, the right day and he was better.”
Yet, his abrupt truncation of the 2017 Australian Open is nonetheless an inescapable indication of the chaotic days that lie ahead of him, with the rest of the season’s course yet to be determined.
For, while he has seemed to have restarted on his run of solidity from where he had left it off the year before, Djokovic’s not being able to pick up his pace, when needed the most and at the one tournament where ideally he would have had done so before, could however be the decisive factor altering the perception of what he has come to be in the last few years.

Posted by Praveen Dilip Geoffrey at 12:28 AM