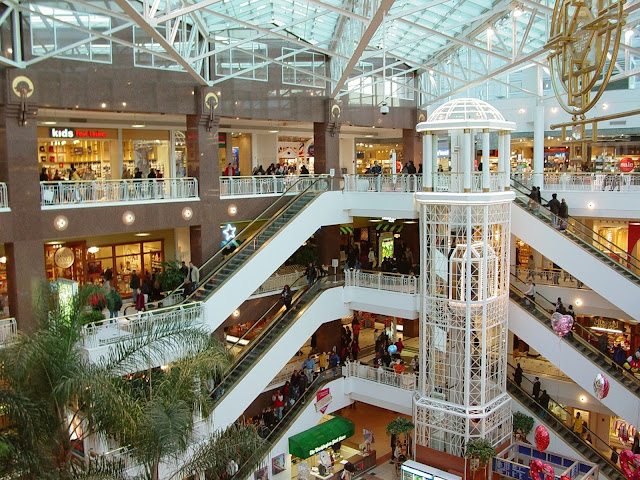 The city will add four new shopping malls to the existing 12 by 2020, increasing its total mall retail space by 38% -from 5 million sqft to 6.9 million sqft.

Over the course of the next three years, 34 new malls, spread over 13.6 million sqft, will come up across the country, with Hyderabad accounting for one-third of this space and Chennai 11%, says a report by international realty consultant Cushman & Wakefield.

Malls in Bengaluru, Chennai, Delhi NCR, Hyderabad, Kolkata, Mumbai and Pune, the report says, will supplement space in their current inventory by around 20% in the same period.

Of the new malls coming up in Chennai -where Phoenix Market City (1 million sqft) is now the largest -two will be in Velachery and one each in Anna Nagar and Navalur. VR Mall in Anna Nagar, nearing completion, will measure up to Phoenix in size, the report says.

Mumbai, Bengaluru and Pure are the only major cities where new malls opened this year; none were opened in Chennai, Delhi NCR, Hyderabad and Kolkata. Malls in Delhi added 3.1 million sqft last year, while Chennai and Hyderabad drew a blank. Mumbai was the only city to add mall space in 2017 (1.1million sqft) over 2016 (8.5 lakh sqft). Pune dropped from 8.37 lakh sqft last year to 6 lakh sqft this year.

While there was a 55% jump in mall space leasing (2.3 million sqft) across the country between January and September 2017, new supply , at 1.9 million sqft, during the period was a yearon-year decline of 63%.
Developers have regained confidence, with investors showing greater commitment. Private equity funds invested an estimated `7,959 crore in malls between January 2016 and September 2017, the report said.

After a prolonged period of slow growth, the retail sector has regained momentum, it said. "Increasingly it is understood that retail malls will continue to hold importance as a "destina tion going beyond stores and selling," the report said.Even e-commerce firms are establishing a physical presence through "experience" stores in malls and on prominent high streets, it said.

"With the estimated size of retail sector pegged at Rs 1 trillion by 2020, at a CAGR of approximately 15% between 2016 and 2020, the scope for retail real estate remains high. With foreign retailers entering the country and aggressively expanding, brands prefer to be located in malls that are likely to have higher occupancy levels," said Cushman & Wakefield India country head and MD Anshul Jain.

The only city not expected to see any change in the mall sector in the next few years is Ahmedabad, which remains a large high street retail city, the report said.
Posted by Praveen Dilip Geoffrey at 2:26 PM