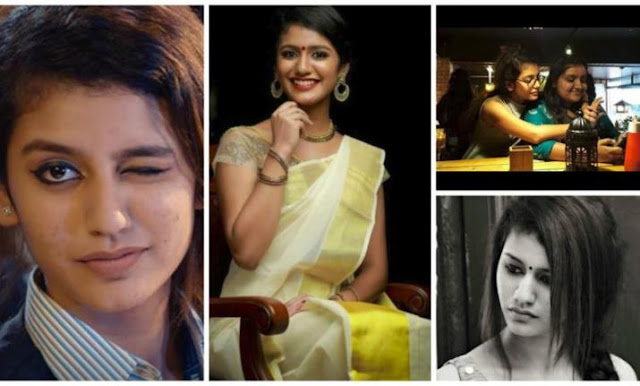 Malayalam actress Priya Prakash Varrier is internet’s new darling, courtesy her record-shattering wink. The teenager melted a million hearts with her facial expressions in a viral video — a film clip from her upcoming debut film ‘Oru Adaar Love’. Varrier saw an unprecedented craze for her video and expressions within few hours.

The song clocked millions of views in a short span while Priya bagged the laurel of becoming the first Indian celebrity to have registered 6,10,000 followers on Instagram on her very first day on the platform. And now she has landed another feat in her kitty. Priya, who shot to overnight stardom, has elbowed aside the stunning Sunny Leone to become the most-searched celebrity on Google search engine.

Besides Sunny, Priya has also taken over the popularity of Deepika Padukone and Katrina Kaif on Google. Based out of Thrissur in Kerala, Priya is a first-year B.Com student studying at Vimala College. Her following on Instagram has skyrocketed ever since the film clip went viral. She is now being followed by over 3 million users on the photo-sharing portal.

She is also a trained Mohiniyattam dancer and loves to sing and travel. While the nation is busy crushing on the gorgeous girl, her viral clip has invited opposition from a Muslim youth in Hyderabad. A complaint has been registered against Priya and the producer of the viral song for hurting sentiments. This came even as Kerala CM Pinarayi Vijayan openly supported the viral song ‘Manikya Malaraya…’ saying “intolerance, from any section of the society, was unacceptable”.

“The song and its visualization have led to a big controversy and debate. Some Muslim fundamentalists in Hyderabad have now filed a police complaint saying this Mappila pattu amounts to blasphemy. This is sheer intolerance against free thinking and artistic expressions,” Vijayan said.