MS Dhoni, one of India's most successful cricket captains, was conferred with the prestigious civilian honour Padma Bhushan on Monday. Incidentally, the Padma award ceremony fell on the seventh anniversary of the famous World Cup triumph. What, however, brought the excitement level a notch higher is the way MS Dhoni, smartly dressed in military uniform, marched past the dignitaries present at the Rashtrapati Bhavan to receive the esteemed award from President Ram Nath Kovind. Apart from being India's first and the only captain to win all 3 ICC limited overs trophies, MS Dhoni also holds the rank of Honorary Lieutenant Colonel in the Indian Territorial Army.

Soon after receiving the Padma Bhushan, MS Dhoni took to the photo-sharing app Instagram to share his excitement. He posted several pictures from the gala ceremony with the caption: "An honour to get the Padma Bhushan and receiving it in Uniform increases the excitement ten folds.thanks to all the Men and Women in Uniform and their families for the Sacrifices they make so that all of us could enjoy our Constitutional Rights.Jai Hind.(sic)" 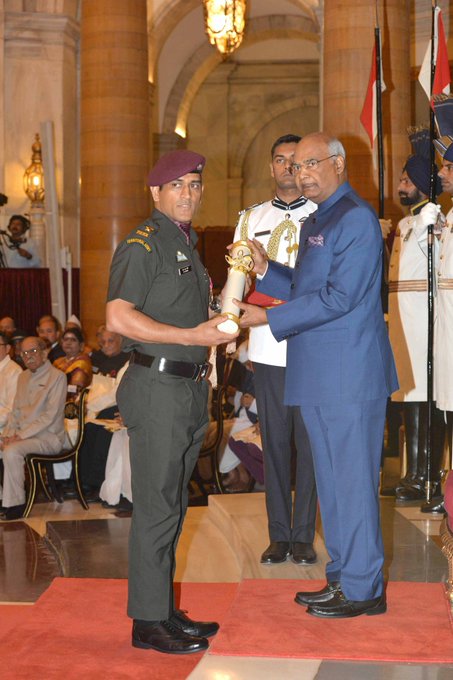 
Flattered by MS Dhoni's walk, former Indian opener Virendra Sehwag tweeted, "The march past, the salute, the holding of the certificate, everything done so beautifully. Congratulations Lt. Colonel MS Dhoni of 106 Para TA Batallion on the #PadmaBhushan ! 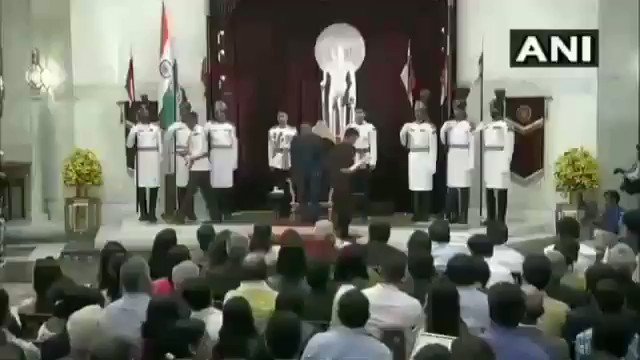 Virender Sehwag ✔@virendersehwag
The march past, the salute, the holding of the certificate, everything done so beautifully. Congratulations Lt. Colonel MS Dhoni of 106 Para TA Batallion on the #PadmaBhushan ! 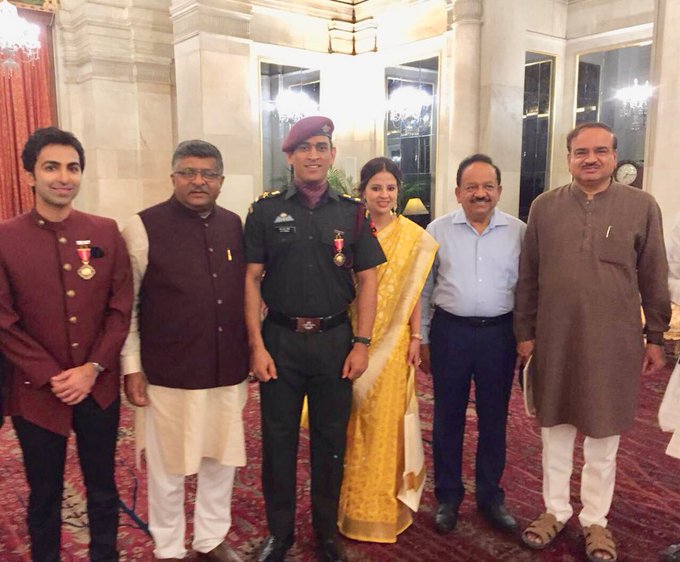 Ravi Shankar Prasad ✔@rsprasad
Congratulations to the legendary Cricketer @msdhoni and international Billiards player @PankajAdvani247 on being awarded Padma Bhushan today in Rashtrapati Bhawan. Felt proud to see M.S. Dhoni in his army uniform on this occasion, accompanied by his wife Sakshi.

Another picture of MS Dhoni where he is holding his daughter Ziva as she cutely smiles to the camera wearing his army cap, also garnered attention on social media. Here's the picture of the daddy-daughter duo: 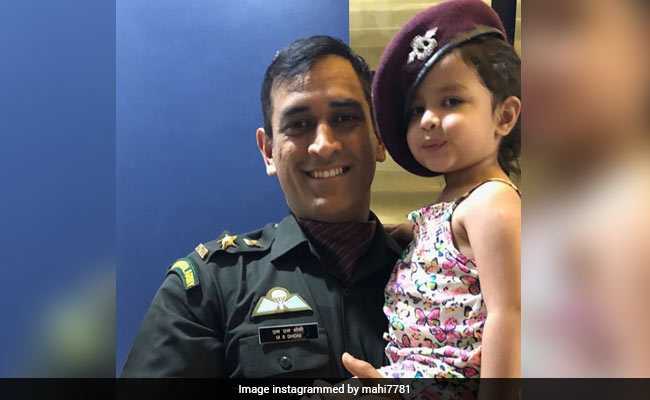