What happens when you drink alcohol? 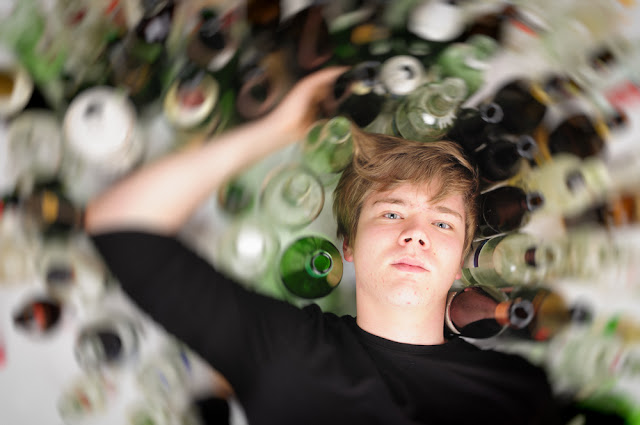 Once swallowed, alcohol is rapidly absorbed into the blood and moves to all parts of the body, including to an unborn baby.

What happens next - in detail

After a drink is swallowed, the alcohol is rapidly absorbed into the blood (20% through the stomach and 80% through the small intestine), with effects felt within 5 to 10 minutes after drinking. It usually peaks in the blood after 30-90 minutes and is carried through all the organs of the body.

Most (90%) of the metabolism, or breaking down, of alcohol from a toxic substance to water and carbon dioxide is performed by the liver, with the rest excreted through the lungs (allowing alcohol breath tests), through the kidneys (into urine) and in sweat.

The liver can only break down a certain amount of alcohol per hour, which for an average person is around one standard drink.

The blood alcohol concentration (BAC) rises, and the feeling of drunkenness occurs, when alcohol is drunk faster than the liver can break it down. However, BAC does not correlate exactly with symptoms of drunkenness and different people have different symptoms even after drinking the same amount of alcohol. The BAC level, and every individual’s reaction to alcohol, is influenced: