In Alpha bet, Sundar Pichai to be Google parent CEO 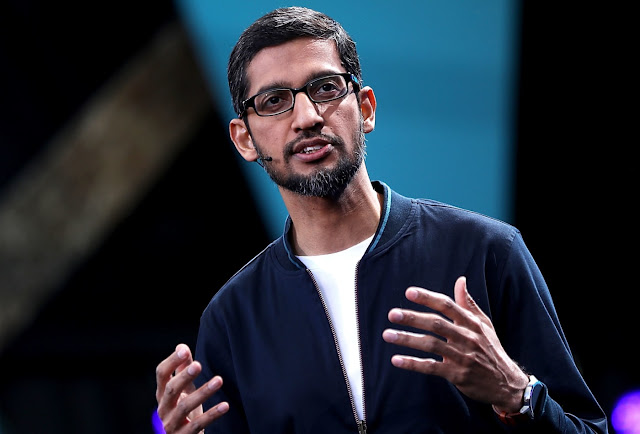 Google chief executive officer (CEO) Sundar Pichai will take over the additional reins of parent Alphabet in place of co-founders Larry Page and Sergey Brin as the sole occupant of the hot seat amid an unprecedented global demand for more safeguards, regulatory scrutiny and taxes.

The 47-year-old IIT Kharagpur and Stanford graduate becomes, arguably, the biggest Indian-born CEO on the world stage, after Page and Brin said they were stepping aside as leaders of the internet behemoth they founded 21 years ago.

Apart from leading Google, Pichai will manage Alphabet’s investments in Other Bets, a bouquet of futuristic, technology-driven businesses.

“While it has been a tremendous privilege to be deeply involved in the day-to-day management of the company for so long, we believe it’s time to assume the role of proud parents—offering advice and love, but not daily nagging!” Page and Brin wrote in a blog post on Tuesday.

Pichai, who has run the core Google search business since 2015, will immediately take up the reins of Alphabet, the parent of one of the world’s most valuable and influential companies.

“I want to be clear that this transition won’t affect the Alphabet structure or the work we do day to day,” Pichai said in an email to Google employees. “I will continue to be very focused on Google and the deep work we’re doing to push the boundaries of computing and build a more helpful Google for everyone. At the same time, I’m excited about Alphabet and its long term focus on tackling big challenges through technology.”

Pichai said he will continue working with Page and Brin, who will advise as board members and co-founders.

Page and Brin added, “We’ve never been ones to hold on to management roles when we think there’s a better way to run the company. And Alphabet and Google no longer need two CEOs and a President. Going forward, Sundar will be the CEO of both Google and Alphabet. He will be the executive responsible and accountable for leading Google, and managing Alphabet’s investment in our portfolio of Other Bets (a reference to a basket of businesses ranging from an autonomous vehicle unit to helium balloons that provide solar-powered internet services in remote areas).”

The move breaks up a trio that shared an emphasis on developing artificial intelligence software to make web searching faster and more personalized, while expanding the range of information and services available from a simple text query.

But their vision faces unprecedented scrutiny, with governments on five continents demanding better safeguards, an end to what many view as anticompetitive conduct, and more taxes from the world’s largest online advertising company. Thousands of employees have protested, and some have even resigned, over ongoing concern that Google’s famous “don’t be evil” mantra may be cracking.

Alphabet, which owns more than a dozen companies, including self-driving car business Waymo and healthcare software company Verily, was created in 2015. The Google unit retained control of major businesses including video giant YouTube and the Android smartphone software and hardware operations.

Page had wanted to focus on developing the newer businesses, which collectively lose money.

He left Google to Pichai, who in turn delegates a lot of authority to deputies, who manage the various product lines.

But Page and Brin, once regular sights at public events, had become much less visible in recent years. Page’s retreat into the background drew increasing criticism from employees and US lawmakers, who demanded answers from him rather than Pichai about controversial projects such as an experimental search app for Chinese users.

The co-founders still control the company through preferred shares. As of April, Page held 26.1% of Alphabet’s total voting power, Brin 25.25% and Pichai less than 1%.

Born into a middle class family in Tamil Nadu, Pichai, or Pichai Sundararajan, developed an interest in computers while he was studying metallurgical engineering at the Indian Institute of Technology-Kharagpur. He later won a scholarship to Stanford, nursing dreams of joining Silicon Valley.

Though he has been steering one of the world’s most successful information technology companies, in an interview to The Guardian in 2017, Pichai said: “As humans, I don’t know whether we want change that fast—I don’t think we do.”

This, in fact, could prove to be a dilemma as Pichai leads Alphabet, with its experimental projects of the future.
Posted by Sulochana at 9:41 AM