Video: Here’s How India’s Population of Tigers Is Calculated Every Four Years 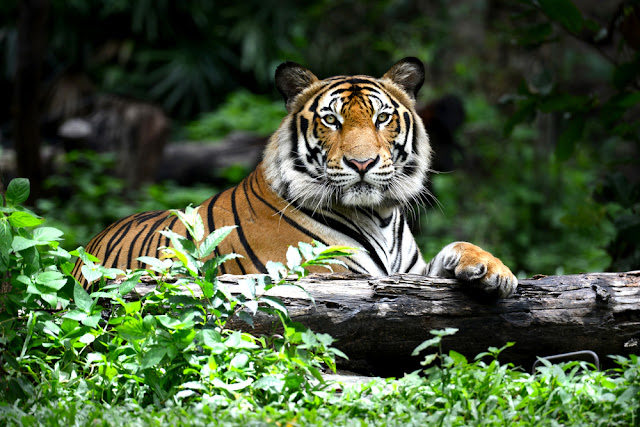 Tigers are a symbol of pride for India. They are not only are the national animal of the country, but it is estimated that 60% of the world’s tiger population lives in India.

In India, the big cat inhabits the Sundarbans in the east and the Sanjay Gandhi National Park in the west. You will see them in the hills of Uttarakhand, and the backwaters of Kerala.

According to figures released by the National Tiger Conservation Authority in 2008, only 1411 tigers were left in India’s forests.

Large areas of lands were deforested for the simple fact that these animals are on the top of the food-chain. Saving them would have a trickle-down effect on saving vegetation too.

How did we estimate that 60% of the world’s tigers reside in India?

What methodology do we use to calculate the population of this beast, and who all are involved in the counting?

Posted by Sulochana at 2:15 PM