2020 Predictions for the Global Economy and Markets 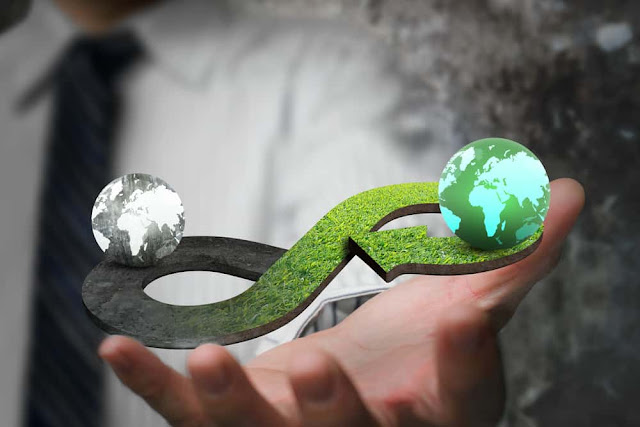 2019 was a dynamic and unpredictable year across the investing and financial services landscapes. With a boatload of uncertainties still adrift in this new year and decade, expect 2020 to be just as tumultuous. Still, it's a great time to be an investor and a market participant.

Now, I'm no investment strategist or expert economist, but I am a close observer and commentator on the global economy and markets. I have the privilege and great honor of being the Editor of Investopedia, which gives me some purview and a point of view on these matters.

The U.S. economy in 2020 will be like a BBQ grill about an hour after you’ve taken the steaks off—still kind of hot, but not blazing. The 2017 tax breaks that companies enjoyed will have worn off by then, and even though the U.S.-China trade war may be on the road to resolution, companies have pulled the reins hard enough in 2019 that it will be tough to jump start growth. The Federal Reserve is more likely to raise interest rates rather than cut them, but if the economy starts to slow dramatically, that may change. In other words, fiscal stimulus in the form of lower rates doesn't seem likely.

The global economy on the other hand, will start to pick up some steam after being in the doldrums the past few years. China’s growth is admittedly slowing, but it is still growing at a better than 6% clip, and the Chinese government is doing whatever it can to keep the furnaces hot. China's neighboring economies should see more growth as low interest rates and a cooling of the trade war continues.

Keep an eye on the U.K. now that PM Johnson has his parliamentary majority. He’ll be opening the vaults at 10 Downing street and spending Great Britain’s way to growth as it Brexits away. Germany, on the other hand, needs to find a way to stop its slowdown and find a path to growth. As Europe's biggest economy, when it drags the whole EU grinds with it.

Will there be a recession?

Not likely in 2020. All the leading economic indicators still have some juice in them, despite the fact that manufacturing and industrial production have been slowing. The resolution of the trade war with China will help boost corporate confidence, and the U.S. consumer remains strong due to a healthy jobs market, low inflation and low gas prices. The economic expansion is getting long in the tooth, but expansions don’t typically die of old age.

Outside the U.S., Germany is teetering on the edge of recession, and that could pull the Eurozone down with it. Christine Lagarde has no fear of economic stimulus, so count on her to do what is necessary to prevent a hard landing in Europe.

What will the job market be like in the U.S.?

The U.S. jobs market will remain strong, but perhaps not as strong as the past decade. The healthiest parts of the economy are in health care and services. The former is a growing industry. The latter is more unpredictable since services cover everything from transportation to media, financial services and technology. It’s the largest contributor to GDP, but it also represents the shortest cycle businesses.

When the economy weakens, these are the first jobs to go.

Will the Fed raise interest rates?

All the signals the Fed watches are right where it wants them to be. Inflation is tame, we are nearly at full employment and the lowering of interest rates in 2019 has opened the door to a lot of refinancing, which is putting money in consumers’ pockets. The Fed may raise rates if inflation ticks higher, although that could cost Chairman Powell his job. I'd say slight chance of a raise, but more likely we stay right where we are.

What will the housing market be like in the U.S.?

The housing market will stay strong given how low mortgage rates are right now. Ask anyone who bought a home in the 1970s or 1980s about mortgage rates and you’ll realize we are living in candy land right now. Home prices are expensive in the big cities and they are creeping higher in growing metro areas like Charlotte, Austin, and Phoenix, but consumers are strong, debt levels are relatively low, and lenders are less apprehensive about lending than they were a decade ago. The real question is whether younger buyers have the desire to own homes. That’s not going to impact the 2020 housing market, but it is the $10 trillion question for the next decade.

Will consumer spending continue to be strong?

Consumers will keep on spending as long as gas prices remain low, interest rates remain low, and companies keep hiring. A slip in any one of those variables could cause consumers to tighten their belts, but that doesn’t look likely in the near term. I mention gas prices because, for most people, filling up the tank and grocery shopping are the most tangible, recurring forms of spending we do.

Will the market continue its upswing?

U.S. equity markets will grow, but nothing like the 25-30% we have enjoyed in 2019. We’ve had the wind at our backs with three interest rate cuts, the waning of the 2017 corporate tax cuts and a wave of corporate stock buybacks the likes of which we have never seen before. Buybacks are slowing as is corporate profit growth. The gap between corporate earnings and stock prices has grown a little too wide for many investors so we need to curb our expectations for returns.

Global markets are in a better position to outperform the U.S. in 2020. Europe has been trapped in a downswing for the past several years, but the resolution of Brexit, easy monetary policy, and improvements in global trade should help boost lagging economies like Germany and Spain. Asian markets are also well poised if the U.S. - China trade war is resolved and global growth accelerates.

In investing, we should always be ready to expect the unexpected. That's what makes it fun and fascinating. There is always more to learn and opportunities to get smarter. Let's do that together again in the new year.