Apple’s iOS 8, the latest version of the operating system for iPhone, iPad, and iPod, is now available. It’s pretty darn slick, and it’s what everyone who orders a new iPhone 6 will get when those devices start arriving on Friday. But the upgrade is also available for existing Apple devices. Should you upgrade right now?

If your answer is an instinctive, “Heck, yeah; I’m in!” then read our guide and get going.
If you’re the more cautious type, take heed of these warnings:
Warning 1: It takes a lot of space (temporarily).
While the operating system itself is about a 1-gigabyte download (which is pretty big), your device needs even more breathing room to perform the update. Reports vary, but on an iPad 3, for example, you need at least 5.8 GB of free space. The update will not happen if you have less than that. On an iPad mini with Retina Display, one warning said 6.9 GB.


That may mean you’ll have to delete a lot of music, videos, or apps before you can update. If you have a 16 GB device, the winnowing process might make you cry. Hint: Look at your video files first.
You don’t have to sacrifice all that room for good; it’s just a playground for the installer during the surgery. Once the upgrade is complete, iOS 8 will let you use that space you freed up for your apps and files again. 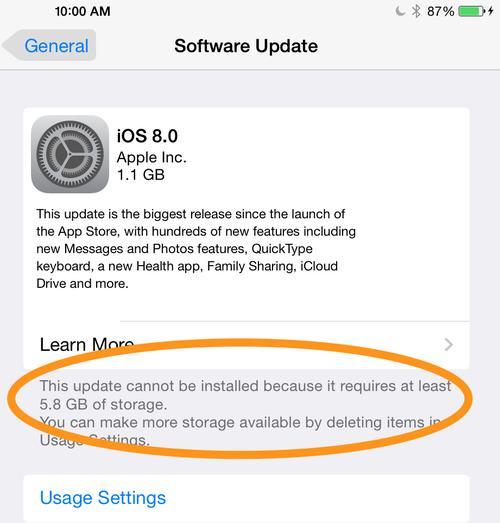 One moment while I unload some videos.
Warning 2: It’s slow to update (for now).
On iOS 8’s birthday — today — there are millions of people trying to get the update simultaneously. That’s a lot of data coming out of Apple’s servers, and you won’t get the full-speed transfer you might see if you wait until the lines die down. Give the update some time. 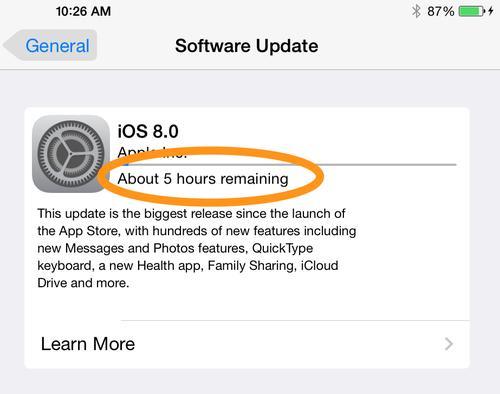 That’s not good. Eventually I was forced to give up on this (see next screenshot) and got the file in about 40 minutes through my desktop computer.
If you really can’t wait, you’ll have better luck if you can do the update via iTunes on your Mac or PC, with your device connected to the computer. As of Wednesday, it looks like a 30- to 50-minute download for the update file that way. Downloading the update file over WiFi to your iPhone or iPad generally takes longer. This morning, at the office where I work, the update app was projecting between five and seven hours to download. And then, after two hours, it gave up.

It didn’t even say why.
Warning 3: Allow time for the installation.
While you’re downloading the iOS 8 installer, you can keep using your phone or tablet. But after the download, the actual installation can take 30 minutes or more (it took me an hour) — during which time you can’t use your device. Don’t start the upgrade if you’ll need your gadget during that time.


Warning 4: It might slow down your older device.
iOS 8 works best on the latest Apple devices, which have much faster components than older ones. Apple says iOS 8 officially works on phone models as old as the iPhone 4s, and iPads as old as the iPad 2. But, in truth, you won’t get the same snappy responsiveness on those older devices, especially with processor-intensive services like Siri.


Warning 5: Don’t accept the upgrade to iCloud Drive (yet).
Apple is changing its online storage product. The older iCloud is being phased out, and the newer iCloud Drive is where Apple will now store all your files. It’s a Dropbox-like “online disk,” and it looks like an improvement from iCloud. You’ll be able to put files on it and access them from any Apple phone, tablet, or computer. 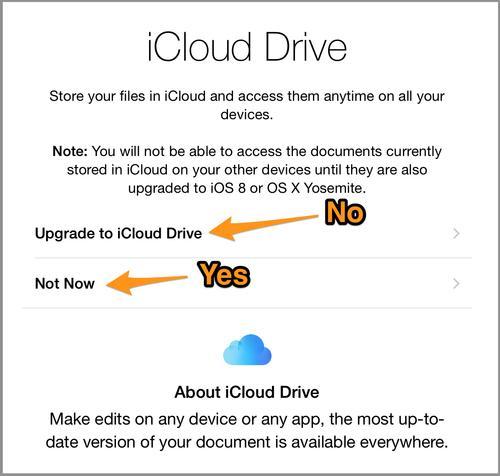 Just one thing, though: It requires the latest operating system on every device: iOS 8 on mobiles and OS X Yosemite on computers. And Yosemite isn’t out yet. So if you allow your device to upgrade from iCloud to iCloud Drive, your Mac won’t be able to see files saved from iOS, and your iOS device won’t be able to see the older iCloud files from your computer.
So when given the option to “Upgrade to iCloud Drive,” decline. Once your Mac has the new operating system, go into Settings on your phone or iPad and turn iCloud Drive on at that point. 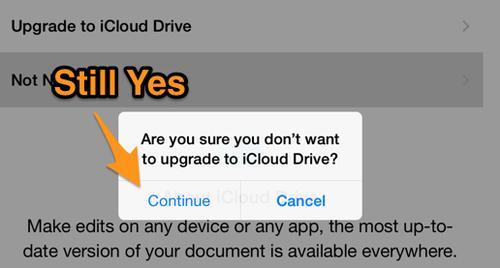 Warning 6: Save your iPhoto projects first.
Apple is also discontinuing the iPhoto app on iOS devices; its replacement is an expanded version of the Photos app that’s always come on iPhones and iPads.


If you use only the built-in Photos app, no problem; everything keeps working. But the Photos app doesn’t recognize the photo books and other projects created by the iPhoto app for iOS; you’ll lose that once you upgrade to iOS 8, since iPhoto doesn’t work at all on the new OS.Apple explains here how to make the shift, what you’ll be able to keep, and what you’ll lose.

Yeah, I did it anyway.
Posted by Praveen Dilip Geoffrey at 8:43 PM