Rain in Chennai, Tamil Nadu to increase from Wednesday 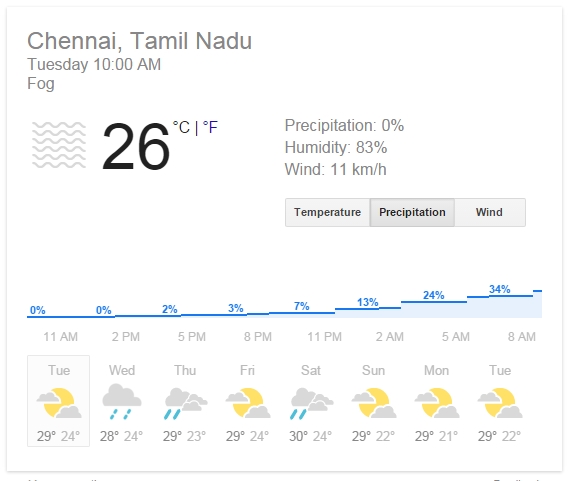 Chennai has been experiencing relatively better weather conditions for the last few days. But, the relief seems short-lived. Intensity of rainfall will increase in Chennai from Wednesday. As of now, we can expect few occasional spells of light rainfall.

The trough across South Tamil Nadu will continue to bring some rainfall over the southern parts of the state. Light rainfall likely in Kerala as well. North Tamil Nadu, Karnataka and Andhra Pradesh will remain mainly dry. No significant weather system can be seen over the area. The low pressure area over the Comorin region has moved further in the south-west direction.

The Western Disturbance lying over Afghanistan adjoining areas would start affecting weather in North India from December 9. A shroud of moderate to dense fog will be observed in Northwest India. Morning temperatures will remain higher than normal levels during next 24 hours. Marginal drop is likely after the passage of the Western Disturbance.

A trough of low can be seen over the Northeastern States up to south Bay of Bengal.

Posted by Praveen Dilip Geoffrey at 10:18 AM