Meet the plus-size model who stripped down on the subway 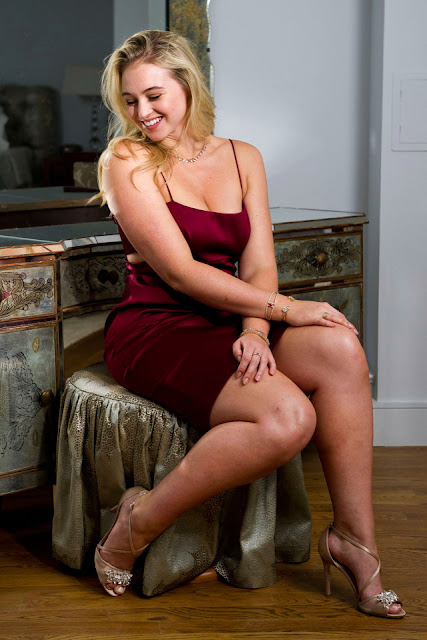 Iskra Lawrence isn’t sample size, but the size-10 model isn’t shy about showing off her body. A billboard of her in a skimpy monokini for the lingerie brand Aerie is currently on display in Times Square. Last week, she hopped on a southbound A train, stripped down to her underwear and gave commuters an impromptu lecture about body diversity.

“I am passionate about body image, and it’s important to show I am confident about my body,” Lawrence told the Post of her subway exposure, which she did for the feminist Internet video series #Unmuted.

The 26-year-old blond bombshell wasn’t always so happy with her looks.

“If you’re put in a room and everyone around you is a size 0, you want to look like them,” she said.

‘I’m showing that it doesn’t matter what other people think.’

A native of Worcestershire, England, she started modeling at age 13 when she won a magazine competition with photos her mother took of her in her bedroom. “It was so funny and awkward,” she said.

But when she hit 15, she grew hips and started having trouble booking gigs. She turned to drastic measures to lose weight.

“I tried the maple syrup diet; I tried only eating proteins,” Lawrence said. She exercised so much that she temporarily lost her vision from the lack of fuel in her body.

But none of it worked, and she kept seeing her peers with thigh gaps and 24-inch waists pass her by in the fashion world.

Then, when she was 18, a model friend told her about plus-size modeling, and though Lawrence wasn’t quite “big enough” she begged a London agency to take her on. Soon, she was booking lingerie campaign after lingerie campaign.

In 2013, she signed with JAG Models, and, for the past three years, she’s been living in New York City. The Midtown resident loves exploring the city’s culinary offerings with her soccer-player boyfriend, whom she declines to name. 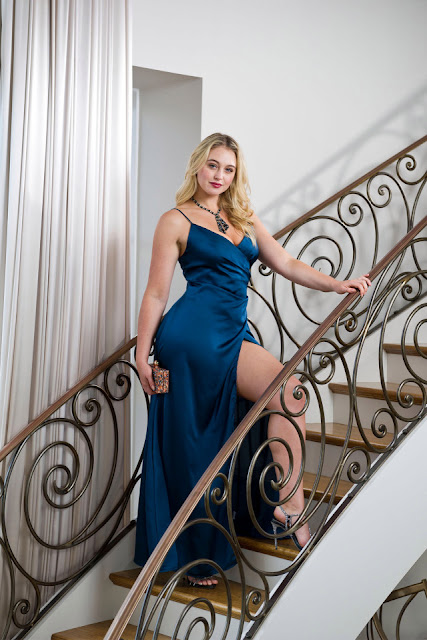 “There are so many good restaurants here,” said Lawrence, who loves the s’mores pizza at Meatpacking District spot Catch, the ice cream rolls at Chinatown’s 10Below and the soup dumplings at Joe’s Shanghai.

When she’s not modeling for lingerie and swimwear companies, she boldly shows off her curves to her 2.8 million followers on Instagram and serves as an ambassador for the National Eating Disorders Association.

“I’m showing that it doesn’t matter what other people think,” Lawrence said. “I’m trying to impart that to as many young people as I can, because I know what it’s like to look at a picture of someone I admired and then trying to [look like her] and failing.”

And she’s not afraid to stand up to body shamers. When an Instagram user called her a “fat cow” on social media in April, Lawrence responded by posting a photo of herself in nothing but a bra and panties, lying on a bed of potato chips.

“If you’re online and putting yourself out there, you’re going to get mean comments,” she said. “But for every one nasty comment, there are a hundred amazing positive lovely ones, mostly from young girls who write things like ‘You make me feel like I can be OK with my body.’
Posted by Praveen Dilip Geoffrey at 12:15 AM