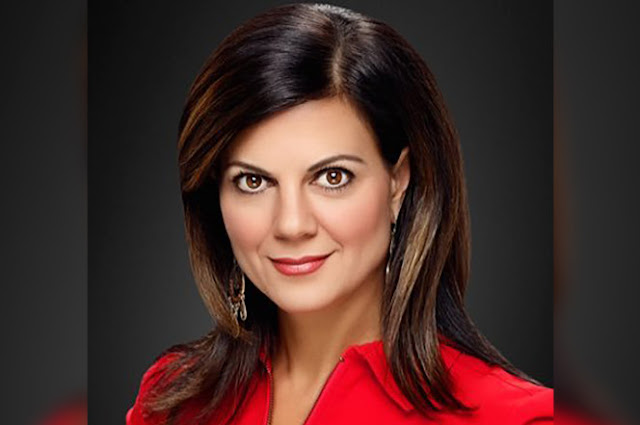 An award-winning television reporter in Denver says she quit her job because her former station did not support her after she got death threats from the subject of a four-part investigative series.
Heidi Hemmat, a former reporter at FOX network affiliate KDVR, detailed in a blog post on Thursday the “downright terrifying” reason she left the station in June after 15 years — saying she learned of the threats from the psychiatrist of a man who allegedly made them after she confronted the man during a four-part fraud investigation.
“I worked very hard to expose this guy — and in the end, I paid a very high price,” Hemmat wrote on her website. “There’s a reason why I’m not saying his name — it’s because I’m still scared of him. Shortly after he learned about the charges against him, that were a direct result of me, I got a call from his psychiatrist. She told me he was ‘homicidal’ and was planning to kill me.”
Despite filing police reports and getting a restraining order against the man, Hemmat’s “sense of safety was gone” and the way she viewed her job prior to the death threat had “forever changed,” she wrote, claiming her boss at the station — whom she did not identify by name — downplayed her concerns after providing a “few days” of private security at her home.
“He’s not going to do anything to you,” Hemmat’s boss said, according to her blog post. “If he was going to kill you he would have done it by now. And from that point forward, there was no more station provided security. The next 6 months were awful.”
Hemmat, 45, was referring to KDVR’s vice president of news, Holly Gauntt, the former reporter confirmed in an interview with the Denver Post. Hemmat said the fear prompted by the man’s threat caused her to buy a gun for the first time, but claims Gauntt’s reaction did nothing to help the situation.
“My boss, once again feigned empathy and concern … but I know now she always thought I was overreacting,” Hemmat’s blog post continued.  “Meantime, the case against this guy was moving forward (for consumer fraud) and every time he was in court, my boss wanted a follow up story.”
Hemmat did not identify the man and the Denver Post withheld his name since he has not been criminally charged with threats against Hemmat, whose four-part investigative report last year focused on Muhammed Murib and fraud charges after he allegedly overcharged customers at his business, AAAA TV Electronics Repair and Vacuum. Colorado Attorney General Cynthia Coffman announced a settlement against the company in September. Under the deal, Murib is permanently banned from performing electronic repairs and was ordered to pay $400,000 in fines, as well as surrender three company vans worth about $90,000, KDVR reported.
Hemmat said she asked to be taken off the story once Murib was no longer in business and he was facing millions of dollars in penalties. She claimed Gauntt denied her request, saying “we are not going to stop doing stories just because he had a temper tantrum.”
The station had “dropped” stories for much less before, Hemmat claimed, including when subjects were advertisers with KDVR.
“Regardless of how I felt, I still powered through,” Hemmat’s post continued. “I even chased down an electrician with my high heels and purse for the May ratings period. All the bosses were happy, but I knew I couldn’t keep ambushing people who did bad things to other people. Society has changed. People have changed. My physical and mental health were unraveling.”
Hemmat, who has won six regional Emmy Awards, said she was relieved to “get the pain” she felt off her chest. She’s now spending more time with her husband and two children than ever before and she plans to run a video production company specializing in legal services.
Meanwhile, officials at KDVR disputed Hemmat’s account, telling the Denver Post that her remarks were “inaccurate and egregious.”
“These accusations are unequivocally false, we took Heidi’s concerns very seriously and provided her with support, security and an attorney, for which Heidi expressed her appreciation,” wrote Joan Barrett, vice president and general manager of KDVR and sister station KWGN.


“To be clear, we never denied a request for additional security. We are disappointed Heidi has chosen to view the circumstances differently and disparage the station. We wish her nothing but the best during what appears to be a continued difficult time.”
Posted by Praveen Dilip Geoffrey at 12:18 AM