Author Bio : Anand Rajendran is CEO and Co-Founder of Zoplay, best PHP scripts development company located in India. Zoplay is a part of Casperon Technologies a leading social and mobile development company. I’m a Tech geek, Digital marketing expert, Entrepreneur, and Atheist who loves to write everything about PHP Scripts and mobile application development. Cabily script is a clone of Uber, which developed by the tech gigs of his company.

Uber has now made it very easy for the drivers to attach their vehicle by visiting their website and filling out the applicable forms and submitting to a criminal background check and vehicle inspection. And since the company is currently in growth mode, they are even offering sign-up bonuses of $100 to new drivers who complete at least 20 rides and they are also offering referral bonus to the existing drivers as well as the new joiners to get both the drivers benefited out of scheme and enjoy the benefits of the company. Apart from highly populated companies like San Francisco, New York, or Las Vegas, the company has started expanding globally and actively trying to spread its reach into markets of every shape and size. However there is no need to sign a contract to drive with Uber, it is essential to atleast have standard driver agreement. “You’re actually an independent contractor with Uber, so you’re free to work for other rideshare companies if you’d like,” Cambell said. “Many drivers do just that”, he added finally.

Best things about working for Uber 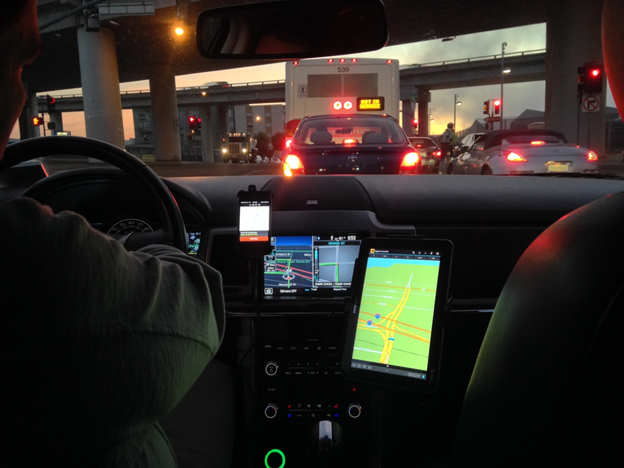 All drivers feel that the best thing about working for Uber is the ability to make a decent wage on you’re their schedule,” explained Campbell, who has driven for Uber since shortly after it launched in his home state of California. In fact, the flexibility extends far beyond the hours you choose to work on any given week. Since you don’t have to make any sort of commitment, you can easily take time off for the big moments in your life as well, such as vacations, a wedding, the birth of a child, and more if managing the expenditures is not a problem and enough back up has been made for those days. There aren’t many jobs that will let the employees take a month off if they’d like and then come back and start working again and at the same time if any extra money is needed for the month or if any unexpected expenditure has risen in the family then the driver can easily work for extra months and days. According to Campbell, Uber drivers notify the company of their availability through the mobile app by turning On and Off the application in their mobile. The driver can log on any time he wants, and log off if he needs to take breaks or even do a long lunch if he wants to,” says Campbell.

Upfront Pricing
The company has recently introduced ‘Upfront fares’ after suspending ‘Surge pricing’.  Previously the app used to show the surge multiplier(something like 1.6x, 2.2x which means  the customer has to pay 1.6 times of the actual charge) for a trip the customer is about to book which in turn varies according to the demand of the taxis in that locality. This has led to the cause of many distressful customers to give up using the app immediately they see the surge sign.

By introducing ‘Upfront fares’ the company has helped the customers to get an idea how much they have to pay at the end of the trip even before the confirmation of the booking. However there is no compromise in raising the fare when there is high demand like that in ‘Surge Pricing’. But the customers are not let to know the ‘surge multiplier’. So if the customer is looking to book a cab for a trip which he usually commutes and pays Rs.200, and the app shows him a upfront charge of Rs.400 he would be aware that there is a ‘surge pricing’ and could take a call whether to go for it or not. But, what would be the case of a customer who is looking for to book a cab in an unfamiliar location or new city itself. Here is a two step process to know whether there is surge pricing or not over the ‘upfront fares’ shown in the app. All that the person has to do is
According to the location the person is in, Google would give him a list of taxi options along with the approximate fare estimate and it provides the surge multiplier for each taxi too. Recent tests have shown that the fare estimate given by Google was pretty much close to the actual fare cost for the customer has paid at the end of the trip. Also the ‘surge multiplier’ given by Google is almost same as that in the receipt given by the driver at the end of the trip. For instance the Google has shown a ‘surge multiplier’ of 1.5x whereas the receipt had a surge pricing of 1.4x.
There is no need of one to find the uncertainty in the above method, as it can be used just to find out whether the fare is reasonable or not, when the person is in a very unfamiliar location.  However it is high time for the company, Uber has to realize that hiding the surge factor is unethical and against consumer and strive to become more transparent and genuine about the pricing in near future.
In spite of this fact the company claims that it has pitched ‘upfront pricing’ only to add transparency to its service by letting its customers to know how much they have to pay at the end of the trip even before they have confirmed it. But this change in app has become as a cause for the customers to accuse the company for pocketing extra money by which the customers as well as the drivers are being affected.
Since the company has introduced this ‘upfront pricing’, there are many complaints being raised by the drivers against their payments. The drivers claim that they are under paid for each trip whereas the customers are being over charged. By usual norms 25% of the total money paid by the customers goes into the company’s pocket as commission and the rest are the earnings of the driver.
The biggest disadvantage with the ‘upfront pricing’ is here. Consider a customer enters the destination and the app takes up a route to calculate the cost of the trip and the customer confirms the booking. However during the trip due to traffic or any other concern if the driver takes up the shorter route, the cost remains unchanged for the customer even though he has travelled several miles lesser than the actual route used to calculate the cost by the app. Neither the driver is paid more, as his payment is made based on the distance he has travelled along with the base fare. Here comes the question where the extra money paid by the customer goes. The Company simply pockets the extra money which totally unethical and unprofessional way of doing business. All these facts are never brought into the customer’s knowledge as the driver himself will get his own receipt only after several days after the trip.
Mail me for Guest Posts in dilipstechnoblog.com (dilipgeoffrey@gmail.com)
Posted by Praveen Dilip Geoffrey at 10:55 AM