Author Bio: Anand Rajendran is the Co-Founder and CEO of Zuket. He is a writer and coffee lover. He has is a graduate in Computer Science and Post Graduate in Entrepreneurship and leadership from Ulyanovsk State University, Russia. He is a passionate blogger & SEO Specialist. Zuket.com offers software products that are built with Airbnb, Uber and other cloning scripts. Everything is getting digitized and most of the people are making digital transactions as they are time-saving and cost effective one. Most of them are using mobile payment apps like paytym, flip cart, amazon, google wallets and some are using credit cards and debit cards to make the transaction.

It is always better to have some money with us in the case of necessity. Technology is helping us in every way to make the cashless world, but still some of them are convenient for using cash for making payments. All these situations must be changed to make our country a digitized economy. 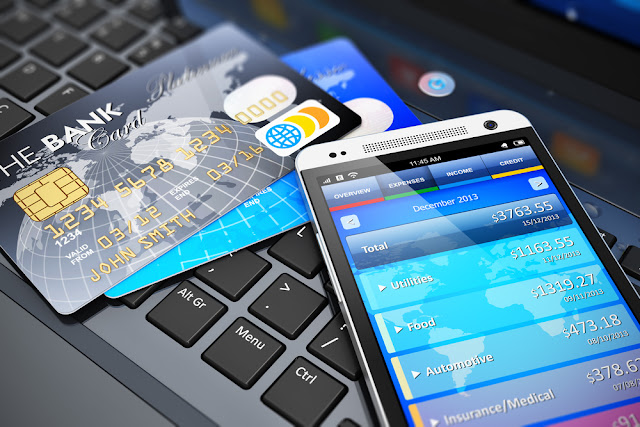 Online Transactions
Nowadays people are using online transactions for making their payments with credit or debit cards. Business people make huge money transactions with the use of net banking. This makes your work easier by just swiping your card and makes the transaction done in a couple of second.

Mobile applications are also playing a huge role in online money transfer to buying and selling things. Most of us are buying things in online like Mobiles, Electronics, appliances, cosmetics, ornaments, etc that makes payment by using mobile app that makes our work far better.

Problems in Privacy Issues
Still, some are using cash to make payments because of privacy issues. Though the banking system is designed with complete encryption and security there are still hackers who get rid of these issues. They even break this policy and gather some information to make some money out of it.

To overcome the problems faced with privacy issues and to keep our account safe, we stick on to online transactions. We need to believe that in our fast growing economy, technology take some measures to get rid of hackers.
So everything around us will be kept safe and there will not be any third party rulings in our country of online transactions.
Majority of the People Still Use Cash
Even though the technology seems to grow faster majority of the people still stick on to cash in getting things done. It does not help the economy to grow as we need to make an extremely large investment.
In this growing economy, everyone likes to save money rather than spending on others. So most of the countries find it difficult to keep pace with this growing economy where the carriage and conservation of cash have become an endless task for the government.
To overcome all the problems faced by the economy cashless way of money transaction has to be introduced in our country.
Countries That Seems To Go Ahead In Digitization
Many countries are going to advance in digitization technique. In Sweden only 2% of its transactions are still done by cash and the rest is done through online payment. It doesn’t bother about online privacy since they believe in their government and each other. It has made a record in obtaining a cashless country.

In Denmark, only the necessary services use cash transaction and the rest of it are made using online. This, in turn, made the Danish state to become a cashless economy and to use plastic money.

China has also made an astonishing progress in making their citizens on using mobile wallets. Though China is not fully digitized it snaps up countries like the US and Sweden, the speed in which it has made a shift from cash to cashless has startled many.
China is in 4th place from going into the cashless economy after Us, Brazil, and Europe. The main reason behind this is urbanization as using non-cash payments become easier and faster.

Thailand also encourages the use of non-cash payments as they decrease the cost of printing, circulation, handling bank notes, and also prevent the economy from running against corruption and other illegal activities.

There are still countries that grow wider in becoming a cashless economy. Digital transaction more clear as everything can be tracked.

The Chinese government also introduced the use of a point-of-sale machine and given up the domestic card payments market to contest. As young people use pre-paid cards and electronic wallets like Wechat, Alipay and Mi Wallet the use of it has become more popular.

It has been announced that China will go cashless by the end of 2020.

America Is Yet To Lag In Digital Technology
America has an idea of going cashless, but fails to do because of online privacy. Though America gave life to services such as Apple pay, Google wallet, and Venmo services that make more revenue it still seems to lag in going cashless.

Online mobile payment in US technology exists in abundance hence insecurities occur.  A survey has been taken which says that cash is disappearing from US circulation slowly due to several reasons. No one wants to accept that they are not using the latest technology, but the only problem is it has to be secure.

America is still in primary stage, though other countries are earlier into it. It takes a long time for the US economy to match up with other leading countries. But it will go with the technology of going cashless day by day.

Cashless World the Future Economy
In this growing economy, technology plays a major role and digitization is on the way to make the countrified far better. To implement all these people should know about these technologies deeper. To make the transactions using credit or debit cards people need to have all the accessories.

They need to know how online money transaction takes place. Awareness program has to be given in a better way to those who are not aware of the technologies.
The government has to take some necessary steps in such a way that digital transactions are reachable to all, even to those who do not have plastic money or smartphones.
Networks should be working properly to make the purchase done correctly. All these are for the betterment of mankind, but there are still some issues where we can find the technicality in the system. People will not make use of these things unless and until they are secure.
Bankers take up the security process, where a four-way connection happens between the bank, online payment, seller and the people.
By implementing cashless technology things are becoming far more secure. Fraudulent cases get registered with the government with powerful security systems where we can reduce bribery and corruption.
Digital transaction makes the business process clearer as everything can be tracked. But there is deterioration of this whole system if there is any failure in the system. The payment which we make should be a successful one else it may get failed.
All these can be made possible with the techniques such as cloud computing, mobile web services, smart grids, and social media that are making the change in the business landscape, enterprise boundaries, reformation of the nature of work and the responsibilities of business leaders.
Innovation in business models, networking, and transfer of knowledge and access to international markets makes the process even trendier.
So let us dream for the future generations to become a digitized economy.

Mail me for Guest Posts in dilipstechnoblog.com (dilipgeoffrey@gmail.com)
Posted by Praveen Dilip Geoffrey at 10:37 PM