Bangalore’s mass-molestations on New Year’s Eve are another reminder that something is broken in what Indian men are taught about women. 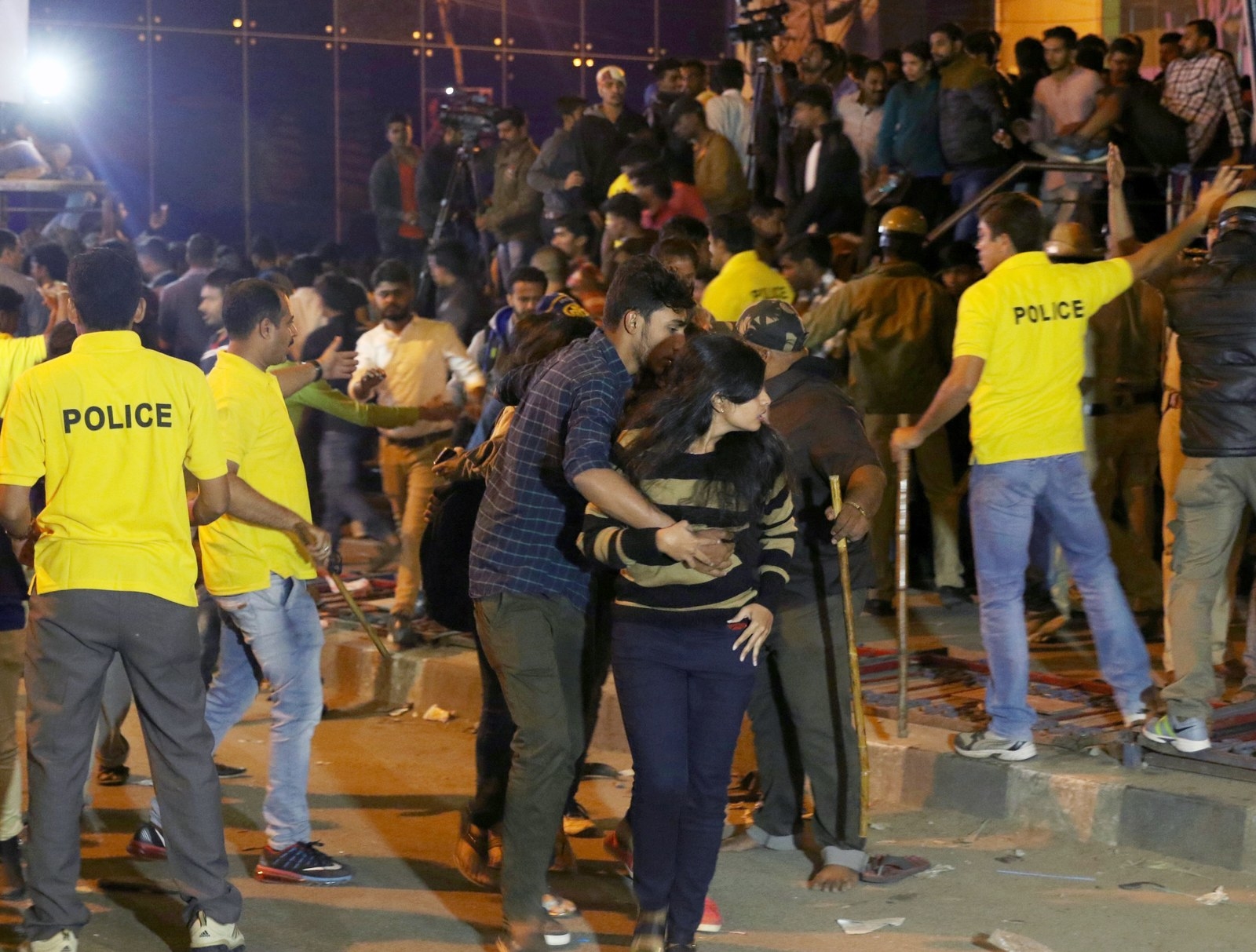 On December 31, at the stroke of the midnight hour, when the world slept, India’s women awoke again to the same truth that keeps us up anyway: that we aren’t free.

This time, the reminder came from Bangalore where, despite cops on the roads, CCTV cameras, and an assurance of adequate security, several women were groped, grabbed, molested, pinched, and catcalled by hordes of men on Brigade Road and M.G. Road.

Photos from the night look dystopian.

The facts are well-documented: Many men attacked many women.

And yet, in a now-too-familiar twist, the gavel slammed quickly, placing the blame on women themselves.

The facts are well-documented: many men attacked many women.

When women on Twitter raged against the male mindsets that make incidents like the one that took place in Bangalore possible, hordes of Indian men took offense. They insisted that generalisations are unfair because “not all men” disrespect women.

#NotAllMen has trended in India all day. That’s how jarring it is for Indian men to have to take responsibility for attacks on women.

To any girl who grew up in India, however, that responsibility isn’t new. It falls first at home.

Think of the hundreds of dictums you know by heart: Don’t dress provocatively. Don’t stay out late. Don’t travel alone at night. Don’t take public transportation after sundown. Get a male friend to drop you home. Don’t stay late at work. Don’t smile at strangers. Carry a scarf. Don’t take that dark road. Pepper spray. Don’t drink too much. Cover up. Keep someone on the phone while you walk. Be careful, be careful, be careful.

The unspoken, deadly suffix on each instruction is: or else.

And the implication is that if you are assaulted, you weren’t careful enough. It’s on you.
I don’t blame my parents. I don’t blame any Indian woman’s parents. Our parents mean well.

For an Indian woman, this isn’t a world worth trusting.

We’ve all heard their sheepish defence for the restrictions they place. We trust you. We don’t trust the world.

And they’re right. Bangalore reminded us – as other cities, other incidents, other headlines have reminded us month after month – that, for an Indian woman, this isn’t a world worth trusting.
It could be, if Indian boys were raised with even half as much deliberation as daughters in India are subject to. Half as much instruction, restriction, caution. But the freedoms in an Indian boy’s upbringing are absolute. Since sexual assault isn’t a daily threat to boys, it isn’t even brought up.
But ultimately, parents raising daughters can’t end sexual assault. They can only issue warnings and hope for the best from a world they don’t trust.

Parents raising sons, on the other hand, hold all the power to change the world.

So, if you’re raising a boy in India, consider this a plea. Our lives are in your hands.

Parents raising sons hold all the power to change the world.

Instead of our parents teaching us caution, start teaching your sons consent.

Instead of our parents teaching us fear, start teaching your sons respect.

Teach your sons that they aren’t entitled to any woman’s body, attention, or time.

Instead of our parents teaching us modesty, teach your sons about personal space.

Instead of our parents teaching us to avert gazes, teach your sons not to stare.

Teach your sons to be enraged by rape, assault, and crimes against all women, not just women they can process as wives, mothers, and sisters. That all people, of all genders, warrant equal respect.

Teach your sons that love is built, not coerced.

Your little boy will watch movies in which the hero gets the girl by stalking and harassing her. Teach your sons that what they’re witnessing is a crime. Protect your sons from the toxic pop culture threatening to corrupt their notions of right and wrong.

Teach your sons that love is built, not coerced. That sex is agreed upon, not taken.

Fathers, your sons will learn how to treat women from how you treat women. Demonstrate respect.

Demonstrate equality. Teach your sons that it is manly to educate other men in equality, too.

Teach your sons how to express emotion. That violence is not an option. That nobody, no matter what they’re wearing or drinking, “deserves” or “asks for” it.

Instead of our parents teaching us to be wary of men, raise your sons to be men who don’t need to be feared.

Nobody “deserves” or “asks for” it.

Instead of our parents teaching us how to avoid assault, teach your sons that it is unforgivable to assault women.

Instead of our parents teaching us how to navigate an untrustworthy world, teach your sons to change it.
Posted by Praveen Dilip Geoffrey at 8:09 PM