Singer and popular Tamil TV host Suchitra is in news! She tweeted revealing private pictures of Dhanush, Hansika, Anirudh and Dhivyadarshini only to quickly delete them later on Friday. She also made her account private. Popular Tamil television host and singer Suchitra has been in the news for her recent tweets, mostly targeting Dhanush, Radio Jockey-turned-comedian RJ Balaji, singer Chinmayi and Vijay TV’s star host Dhivyadharshini. After receiving brickbats, Suchitra had tweeted that her account was hacked, and that she doesn’t have any ego clash with her peers in the industry.

However, Suchitra has shocked Kollywood again on Friday by revealing private pictures of Dhanush, Hansika Motwani, Anirudh Ravichander, Andrea Jeremiah and Dhivyadharshini. For unknown reasons, Suchitra immediately deleted all those pictures and she has now made her account private, allowing only people with necessary permission can follow her on Twitter. 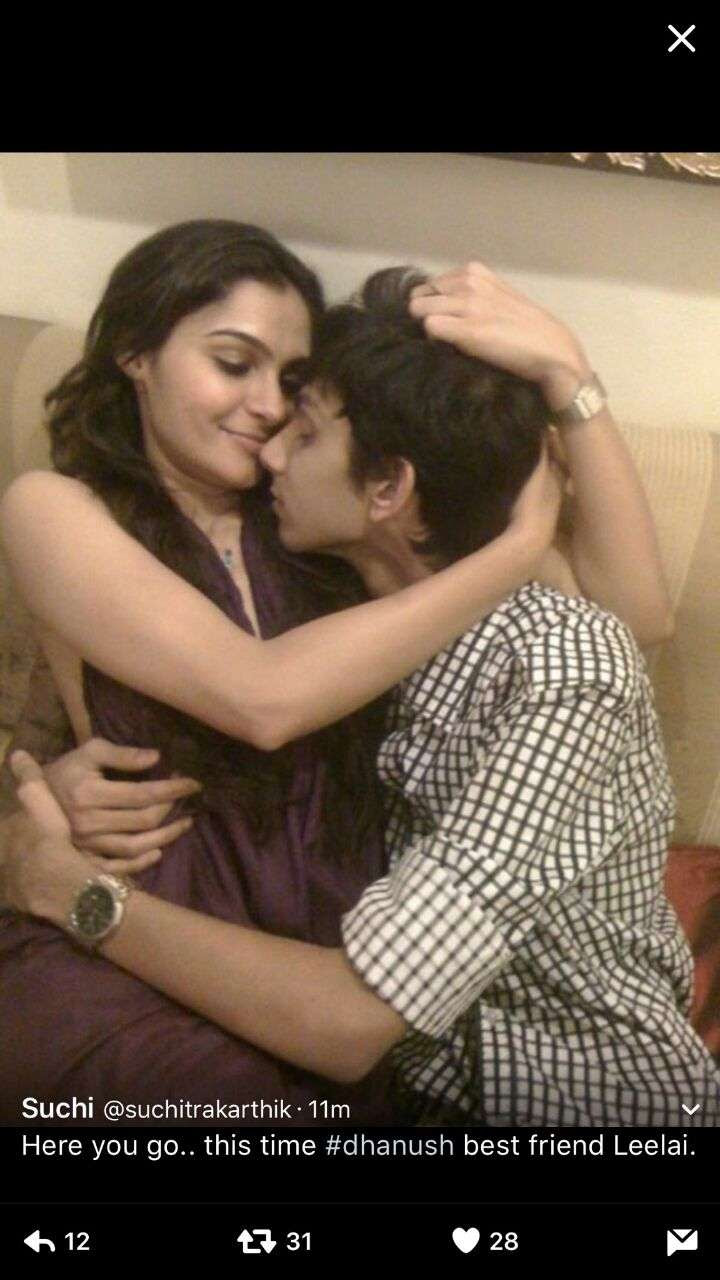 HT managed to get screen grabs of some of her tweets before she deleted them.

In her earlier tweets, Suchitra had allegedly mentioned that Dhanush’s gang attacked her but people took it lightly as she blamed everything on unknown hackers. Industry insiders reveal that Suchitra is unhappy with her professional life, and hence, insinuating against her competitors and once upon a time good friends, who are not helping her anymore.

Among all the recent pics tweeted by Suchitra, the sensual click between leading music composer Anirudh and actor Andrea has grabbed everyone’s attention followed by Dhanush and Trisha’s casual selfie. An unseen party image of Hansika has also gone viral and needless to say, rival fans of these celebrities have already started the troll game. 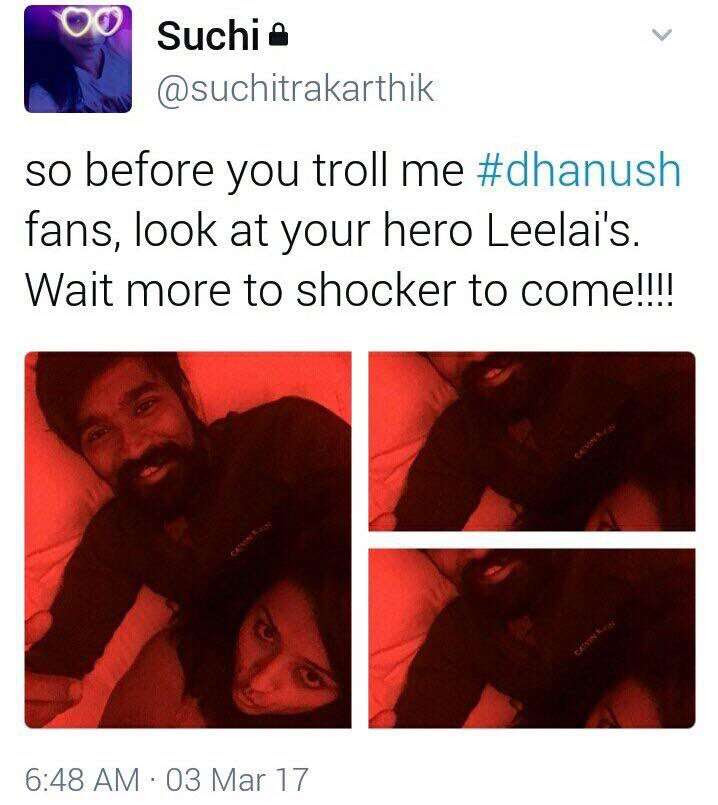 Actors Dhanush and Trisha Krishnan in one of Suchitra’s tweets.

Posted by Praveen Dilip Geoffrey at 2:50 AM