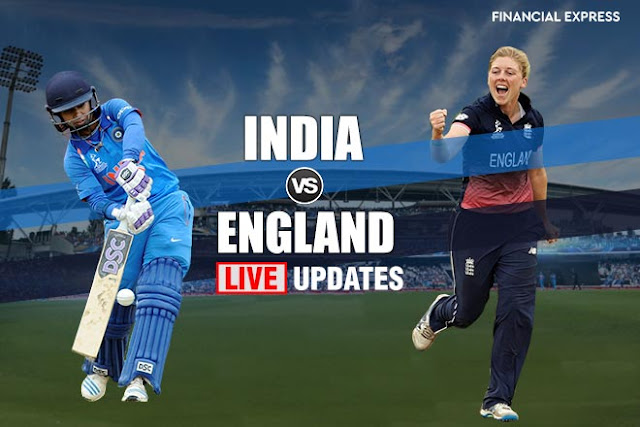 India vs England Final, LIVE Cricket Score: After winning the toss and deciding to bat first, the England women’s cricket team got off to a good start. They set the target of 229 runs for India to win. In reply, India started badly with opener Smriti Mandhana out for a duck. Next to go was skipper Mithali Raj, who was run out for 17 runs, leaving India struggling at 43/2 at that stage. After this India’s latest batting sensation Harmanpreet Kaur and Raut steadies India innings putting in more than 50 runs partnership, before the former was dismissed for 51 runs. Team India which at one stage looked to win comfortably lost the final by 9 runs with 8 balls to spare.
Earlier, after winning the toss, Natalie Sciver and Sarah Taylor put on 83 runs partnership for the fourth wicket to help hosts put up a challenging total on board for India. Openers Tammy Beaumont and Lauren Winfield had provided seady start to England before the first wicket fall on 47 runs. Even as Indian spinners contained run rates, Beaumont’went for a full before the ball landed straight into the hands of Goswami. Soon England was 63/3 after Knight was declared LBW. However Taylor departed soon after, fiver runs shot of her half century, after cliping  a Goswami delivery into the hands of wicketkeeper Sushma Verma.  The bowler stuck again in her next delivery surprising Fran Wilson with an yorker to send her back to the pevilion. Sciver, who is one of stars of Enland’s batting line up and only batter to score two centuries, reached 50 runs mark, but after adding just one run she was was trapped by Goswami.  Another batwoman Katherine Brunts, who also showed some resistance was run out when she was on 34 runs. Jenny Gunn also did a reasonable good job to stay unbeaten at 25 runs and give the England something to defend in the final.
Here are India vs England Final LIVE Cricket Score:
WOMEN'S WORLD CUP, 2017
Match Ended