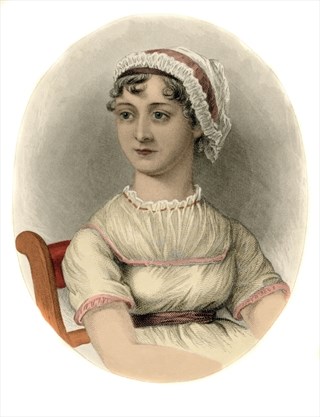 It's hard to imagine Jane Austen-mania hitting more of a fever pitch than it has in the past several decades, with a zealous global fan base snapping up everything from Bollywood remakes to Austen-inspired zombie fan fiction and guinea pig versions of "Pride & Prejudice."

Still, here we are at the 200th anniversary of her death and the craze has somehow managed to kick up a notch.

To celebrate the British novelist's legacy this year, Austen devotees — also known as Janeites — can attend exhibitions, talks, performances and calligraphy workshops, go on literary pilgrimages to her home in Hampshire and enter writing competitions in her name. They can don bonnets for themed picnics and gowns for Regency Balls, buy T-shirts and totes, collect the new Jane Austen British £10 note and, of course, share all on social media feeds in her honour.

Accompanying this frenzy of activity is a wave of new books about the literary celebrity, exploring her influence anew. Fans can read about her domestic life in "Jane Austen at Home: A Biography by Lucy Worsley;" about her politics in "Jane Austen, The Secret Radical" by Helena Kelly; and about the influence of plays on her writing in "The Genius of Jane Austen: Her Love of Theatre and Why She Works in Hollywood" by Paula Byrne.

Those who've made it their life's work to study Austen, such as Goucher College scholar Juliette Wells — author of the aptly titled "Everybody's Jane: Austen in the Popular Imagination" — are well-positioned to make a mark. Her new book "Reading Austen in America," which tracks the author's transatlantic popularity, is due out in October and already getting buzz.

Wells is an ideal person, then, to ask the pressing question: Why Jane? What is it about Austen that's so captured the public imagination for so long, across centuries and continents?

"That is a great question," Well says, "and there's no one answer to it." The TV miniseries and Hollywood films of the 1990s — which were "very likable, very audience-friendly" — have no doubt played a role in endearing Austen to legions of fans, she says. As has the burst of fiction and non-fiction published in their wake. But Austen has long held appeal for readers, who began visiting her grave in Winchester Cathedral a good century before the swoon-worthy Colin Firth ever graced the screen.

Indeed, generations of readers have flocked to Austen for her expert storytelling and her wit and humour, which tend to stand the test of time. "There are works published by her contemporaries that were considered humorous at the time, which are just so dated to us: they don't work at all," Wells says. "But Austen's humour continues to resonate. I hear from undergraduate students all the time who are just amazed when they realize how funny she is."

Still other readers are drawn to the "moral universe" Austen depicts, Wells explains, "how much her main characters care about being good people."

And then there's the fact that Austen arguably wrote women with more depth than any writer who came before. "Austen is unparalleled in her ability to create believable, realistic characters with inner lives," Wells says, "and certainly she portrayed women with more attention, more thought, than anyone had done prior to her."

Then, of course, there's her artistic mastery — Virginia Woolf rated it on par with Shakespeare's — which employed subtlety to powerful effect. "Of all great writers she is the most difficult to catch in the act of greatness," Virginia Woolf noted, writing in the New Republic in 1924. (Woolf also joked about Austen's fanatical fans, even then a force to be reckoned with: "There are 25 elderly gentlemen living in the neighbourhood of London who resent any slight upon her genius as if it were an insult offered to the chastity of their aunts.")

Add to all of this: Austen quietly provided a model for the professional woman, then such an anomaly. Writing in a time with few female voices, she focused novels such as "Sense and Sensibility" and "Emma" on drawing room dramas — and the classic marriage plot — but she herself elected to lead a solitary, literary life.

Austen possessed an extraordinary work ethic, Wells says, and was a consummate professional. "Being aware, to any degree, of Austen's home life and her authorship really deepens your experience of reading her novels. If you read her biography, or visit her house, you have some awareness of the choices she made in order to write."

It's only thanks to second-wave feminists and their research, Wells adds, that we were able to move beyond the protective Austen family depictions of spinster Aunt Jane and see her for the ambitious working woman she was. "She really valued her creativity and she was an incredibly determined writer," Wells says. "She wrote for decades before she was published. Once her first novel was published in 1811, she published at an astonishing rate."

"It's amazing," Wells adds. "She died too young, but she left us so much."

It's no wonder, then, that readers continue to express their enthusiasm for Austen in myriad creative ways. "Professionally, nothing can surprise me," Wells says of Jane-mania. "What delights me is when someone can enter the very crowded field of tributes to Austen and create something exciting and new.

"There (are) lots of different takes out there and I'm interested in all of them," she adds. "I'm just fascinated by this phenomenon of popularity. I'm really interested in what makes people dress up, and join Austen societies and take literary pilgrimages. And what makes them write another sequel to "Pride and Prejudice" when the world already has so many. It's about love and what it means to love literature. It's very personal."
Posted by Praveen Dilip Geoffrey at 11:20 PM

Email ThisBlogThis!Share to TwitterShare to FacebookShare to Pinterest
Labels: Antique and Treasure