The Tamil Nadu government announced the Tamil Nadu State Film Awards for six years from 2009 to 2014 recently, and has surprised the film fraternity. The awards for the year 2015 and 2016 were, however, not announced. Various categories have been recognised by the jury that has selected the winners. 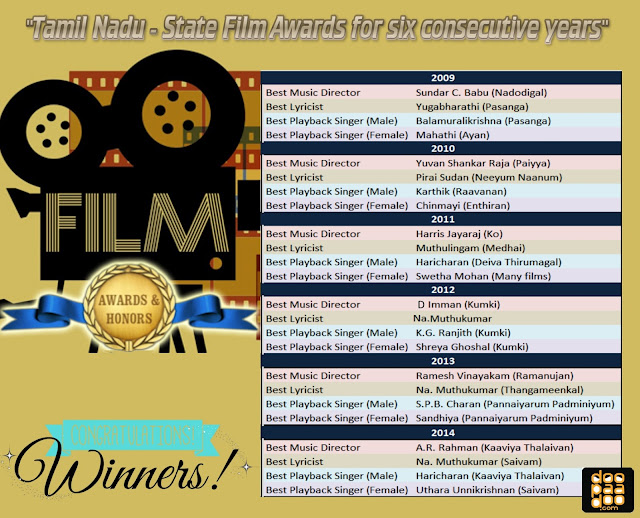