PM Narendra Modi has a special request for Anushka Sharma

Three years after Prime Minister Narendra Modi's pet project Swachh Bharat Abhiyan was launched, the movement is set to become bigger. PM Modi is reaching out to celebrities and inviting them to be a part of Swachhata Hi Seva, a campaign which will "encourage widespread support for, and participation in cleanliness initiatives across India" in the days leading up to the birth anniversary of Mahatma Gandhi.

Anushka Sharma was one of the celebrities he reached out to, and the actor took to Twitter to announce her association with the campaign. Along with the picture of the letter, she wrote, "Happy Birthday to our honourable PM @narendramodi ji. Thank you Sir for the invitation to join the #SwachhataHiSeva movement. I am honoured to be a part of #SwachhBharat campaign and will do my best for the noble initiative of #SwachhataHiSeva." 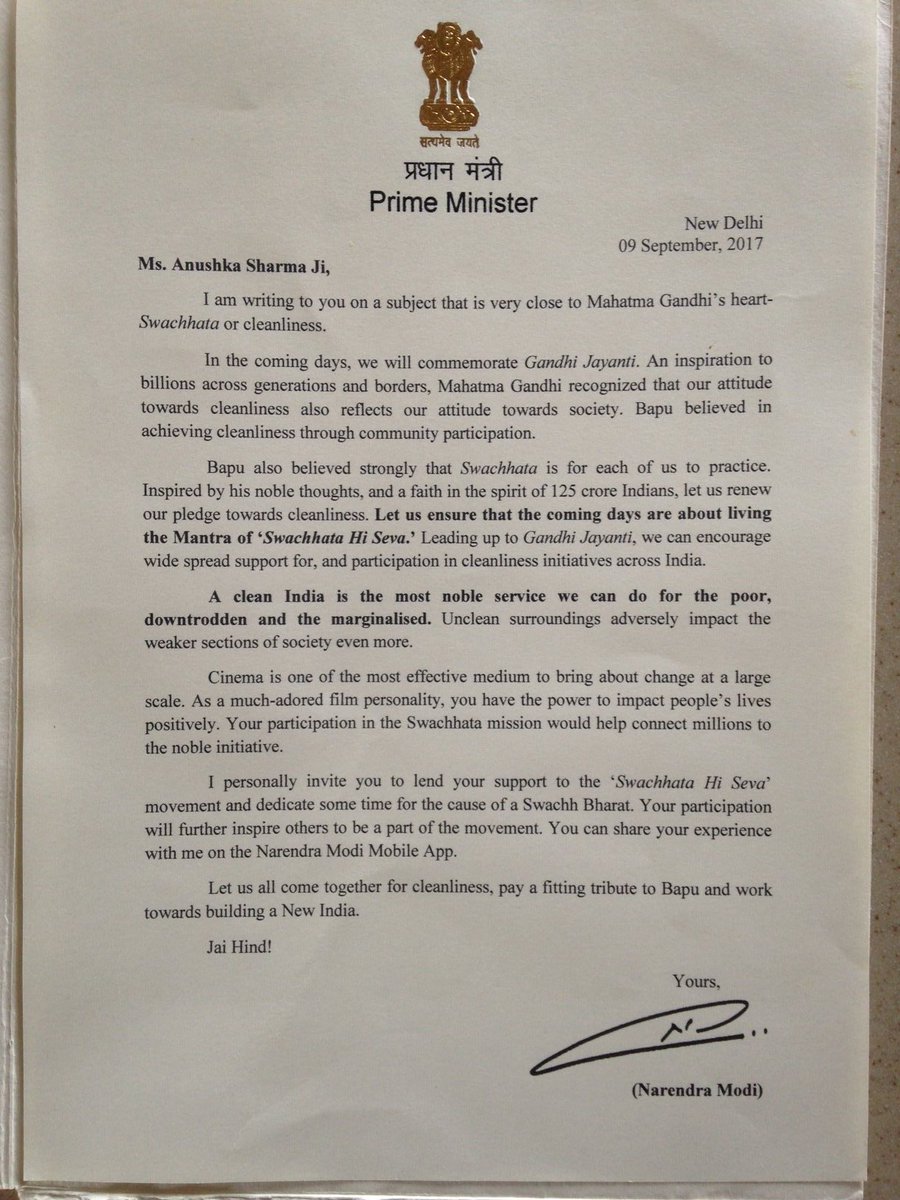 On the work front, Anushka was last seen on the big screen in Imtiaz Ali's Jab Harry Met Sejal. She is currently working on her production, Pari, which she will also star in. Apart from this, she will be seen in Rajkumar Hirani's Sanjay Dutt biopic, Aanand L Rai's film in which Shah Rukh Khan will play a dwarf as well as a Yash Raj film titled Sui Dhaaga - Made in India.
Posted by Praveen Dilip Geoffrey at 5:03 PM