7 New Moves to Challenge Your Glutes and Hamstrings 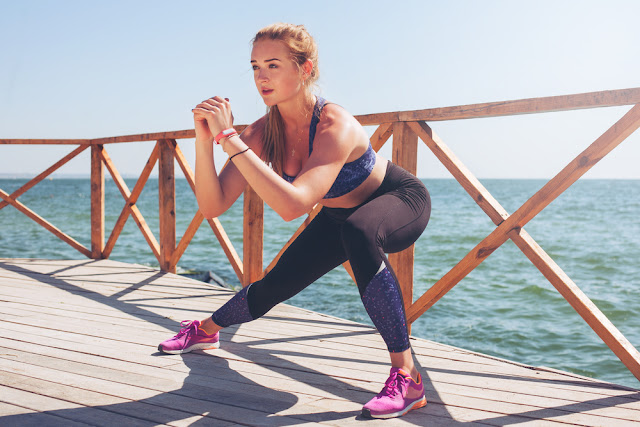 A quick search of popular hashtags on Instagram suggests that fitness consumers are intent on working their glutes (#bootybuilding, for example, is currently tagged in more than 2.8 million posts). The gluteal complex can perform a wide variety of different functions, which means you have an almost limitless amount of exercise options for strengthening these muscles and giving the people you serve the results they want.

The first step is knowing exactly how the gluteal complex and hamstrings function to produce movement. Most exercises for the glutes feature motion in the sagittal plane, which is simply extending the hip behind the body. However, it’s important to challenge the muscles to work in the other two planes as well.

When muscles contract (or shorten), they can create the force necessary to produce movement. As muscles lengthen in response to an externally applied force, they decelerate movement. Because the tensile forces applied during the lengthening (or eccentric) phase of muscle action can help increase the strength and resiliency of the tissue, it’s not enough to know what a muscle does as it contracts. Rather, it’s essential to understand how a muscle functions in its eccentric action.

Looking at how the muscles function, it can be easy to see how they play a significant role in controlling rotation of the hip. However, most “booty” exercises focus on only moving the hip in the sagittal plane. Taking the time to understand how the muscles function during both phases of action can provide you with countless options for engaging them via exercise. For example, developing optimal function of the glutes requires challenging them to work in all directions, especially by lengthening them in the transverse plane via creating internal rotation of the hip.

Exercises that emphasize hip internal rotation include the fire hydrant, single-leg Romanian deadlift with reach, the standing medicine ball chop and the reverse crossover lunge with reach. The following exercises take advantage of motion in the frontal and transverse planes to challenge the glute in ways they don’t typically work during many exercises. Be careful not to overload your clients by having them perform too many repetitions or sets too soon. Because the muscles will be moving into new ranges of motion, it is important to start with a small volume to allow for adaptation before increasing the number of repetitions and sets.

Start in a quadruped position with the hands under the shoulders and knees under the hips. Keep the spine long and brace the core muscles while slowly lifting the right leg out to the side (while keeping the knee bent). When the right thigh is almost parallel to the floor, extend the right knee and then flex it before bringing it back under the right hip. Complete 10-12 reps and then switch legs. Rest for 30-45 seconds between sets and complete two to three sets.

Start in a standing position with the feet hip-width apart, the spine lengthened and the knees slightly bent. Push the hips backward while lifting the right foot off the floor. Press the left foot into the floor for stability and keep the spine long while straightening the right leg and pointing the right foot directly behind the body. While hinging at the left hip, reach for the left foot with the right hand. This will create internal rotation of the left hip to increase activation of the glutes in the transverse plane. Perform eight to10 reps while standing on the left leg and then switch legs. Rest for 30-45 seconds between sets and complete two to three sets.

Start in a standing position with the feet hip-width apart. Keep the spine long while moving the right leg behind the left (guiding the right foot toward the 7 or 8 o’clock position on a clock dial). As the ball of the right foot hits the floor, hinge forward at the left hip and reach as low as possible with the right hand for the left foot (reach only as far as neutral spine will allow). To return to standing, press the left foot into the floor while picking up the right leg and returning it to the starting position. Complete eight to 10 reps before switching sides. Rest for 30-45 seconds between sets and complete two to three sets.

Adding a balance component can increase activation of the glutes and hamstrings. Single-leg balance exercises can be important for helping integrate strength of the deep core muscles with that of the hips, specifically the glutes, because they play an important role in controlling the position of the body when balanced on a single leg. Walking or running is the process of transitioning from one leg to the other; therefore, being strong and stable while balanced on a single leg is an important part of human movement. Transitioning from a lunge to holding a static balance on a single leg requires contracting the glute muscles to decelerate and control motion to maintain balance and is a great way to increase activation of these muscles without adding any weight.
Posted by Sulochana at 4:22 PM