Cat mutations, influenced by human intervention, are some of the charismatic looking breeds! 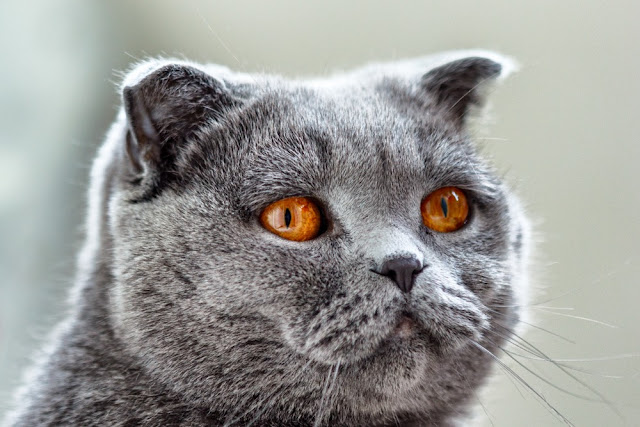 Cat breeds developed as mutations can have cute tufted ears, be darling miniatures with short legs, and even have extra toes. Like all living creatures, cat body-type mutations can occur naturally. With only a couple exceptions, the Mutation cat breeds recognized by cat registries are are relatively recent. This is especially true when compared to the natural cat breeds that developed over many years.

All domestic cats are thought to originate from a single ancestor, the African Wild Cat, because of the very similar tabby markings and other indications. From the genes that were provided from this ancestor, all other mutations have risen. They are often so striking or intriguing that they are then genetically encouraged through selective breeding. This has culminated in the many cat breeds that are available today.

Cat breeds with mutations that are widely recognized include breeds that have been bred for a specific look, one that is not normal and came about by "accident". They are defined as genetic body type mutations that people want to continue breeding for. These mutations include folded ears, flattened faces and noses, curly or wiry hair, shortened legs, no hair, a reduced number of toes or extra toes, and various others.

The list of cat breeds below includes many of the popular mutation cat breeds. Each cat guide provides the history and background of the mutation cat along with a description, care, and a picture. To own a cat is a great pleasure and extraordinary experience indeed. The uniqueness of each mutation cat breed adds a special intrigue and fascination of its own!

Cat mutations generally show up randomly as recessive genes come out and different breeds of cats are mixed. If a mutation occurs which significantly alters the anatomy of the cat, there is usually great debate on whether it should be allowed to die out or if the mutation is harmless enough to encourage breeding.

The term "designer cats" is a relatively new breed designation. This is a term applied to cat breeds that are bred with stunning characteristics, and often for a very particular market or type of cat keeper. Newer cat types referred to as designers, can be either a cat body-type mutations are a hybrid cat breed. You may see designer cats making their appearance at some cat shows, but many do not yet have a recognized status with cat registries.

There are several different cat body-type mutations. Following is a list of the main ones:

These include mutations that cause the cats ears to either curl backwards or forwards due to cartilage and bone defects. These genes can also cause defects such as swollen feet and thickened tails and can actually be deadly in their homozygous forms. The American Curl Cat's ears curl backwards and is associated with the dominant gene Cu. The Scottish Fold Cat's ears curl forwards and is associated with the dominant gene Fd which has incomplete penetrance (The FdFd homozyous form is lethal).

Tail mutations include shortened tails or no tails. The Japanese Bobtail has a shortened tail and comes from the recessive jb gene. This is not lethal or crippling. The Manx Cat has no tail as well as a shortened spine. This is caused by the dominant M gene and is lethal when homozygous. It can also be crippling when heterozygous, resulting in spinal bifida, incontinence, and constipation.

This mutation includes having shortened legs, as occurs with the dominant Mk gene in the Munchkin cats. Once again, the homozygous combination (MkMk) is quite often deadly.

This list of cats are some of the better known mutation cat breeds, and are recognized in various cat associations.

The American Curl cat has ears that fold backwards. They are born looking normal and then gradually, starting at 10 days old, their ears begin folding backwards. By about 4 months of age, the ears will be completely stiff and set in position for the rest of their life. The first American Curl cat was seen in Lakewood, CA in 1981 due to a spontaneous mutation and was first shown at a cat show in 1983.

This breed has hair that is bent or hooked, which makes it's coat feel very dense and harsh. The first documented American Wirehair cat was reported on a farm in upstate New York. In 1969 a breeding program was begun to continue the breed, and they were first recognized in 1977 by the Cat Fancier's Association.

The Balinese Cat looks very similar to the Siamese Cat, only with long hair. They appeared by accident as Siamese kittens occasionally had longer hair than normal. In the 1940's they were first seen as a possible new cat breed and by the 1950's they were officially being bred.

This breed has hair that is about half the length of a typical cats and also about 60 percent the typical thickness. This gives them a disadvantage when in extreme weather – either hot or cold. They first appeared in Cornwall, England in 1950 in a farmhouse.

The Devon Rex also has a thin coat with wavy fur and curly whiskers and eyebrows. They also have shorter front legs that are bowed. They first appeared in Devon, England about 10 years after the Cornish Rex.

Scottish Fold Cats have ears that fold forwards, giving them a more human look. Their ears begin to curl or "fold" at about 25 days old, and they can have either a single fold or a double fold. This breed first showed up in 1961 on a farm in Perthshire, Scotland. Opponents of the Scottish Fold breed argue that their ears could be more susceptible to ear mites or deafness and that their ears do not communicate the normal mood signals that other cats do. However, many people say as long as you take good care of their ears (regular cleaning, etc.) that they should be fine. Two Scottish Fold cats should not be bred together however, because their offspring often have a thickened tail thickened legs, making it difficult for them to walk.

Sphynx Cats have almost no hair and appear naked. The first kitten was born in 1966 in Toronto, and from there a breeding program was developed to continue this new breed. Opponents to the breed indicate that these cats could suffer from extremely cold temperatures, however if they are cared for properly and in an appropriate environment, there should be no reason for them to have problems with cold temperature extremes.

This breed looks like a basically normal long-haired cat, but it is unique in that it goes almost completely limp when held. In the 1960's a possible Persian female mated with a male Birman, creating the first "ragdoll" cat. Some people believe the female was actually an Angora, not a Persian. From then on out, various breeders began increasing this breed's popularity. Opponents argue that the Ragdoll may feel less pain than normal cats and could be subject to abuse if in the wrong hands. People for the breed say it is just very relaxed and a makes a great indoor companion.

These cats are basically Persian cats that have extremely flat faces. It was started in the 1930's and became very popular. This is a very controversial breed because they have definite known problems with their teeth, eyes, and breathing. This is most probably from the extreme flattening of the face. Due to these problems, many feel this breed should not be continued.

The Munchkin Cats have very shortened legs, with the front legs no more more than 3 inches long. They are a recently new breed, discovered in the 1990's in America. Other than looking quite "abnormal", there is no real risk for major problems with this breed.

The Manx cat is a very old breed and is popular for the fact that it has no tail. They originated on the Isle of Man, and have been domesticated for a very long time. One problem associated with them is their abbreviated backbone, but due to it being such an old breed, no one argues against the Manx Cat.

The age that brought back a respect and love for cats was really the Victorian Age during the 19th century. Queen Victoria herself owned cats and British artist Louis Wain portrayed cats through his art to children as friendly and intelligent companions. The 20th century brought about even better outcomes for cats. Advances in technology and medicine also brought about good results for the car of cats.

Study of cat behavior, psychology, and physiology brought about greater understanding of cats and many new innovative products came about that improved the lives of cats. These included the first canned cat foods in the 1920's and 1930's, and packaged cat litter in 1947 by Edward Lowe. Another breakthrough was realizing how important the amino acid taurine was to cats. In 1978 taurine was added to cat food and has since saved millions of cats lives. Regarding socialization, Eileen Karsh, PhD, demonstrated that kittens that were frequently handled between 3-14 weeks old adapted much better to humans than those that were not handled until later.

If you want to see a pedigreed cat, cat shows are the place to go. Pedigreed cats that are accepted into the shows must conform to their breed's standards, which usually include distinguishing features like their overall look, personality, or body type. Only about 3% of owned cats are pedigreed.

Natural cat breeds are some of the most popular pedigreed cats. Besides the natural cats, you can find beautiful pedigreed cats that are Hybrid Cat Breeds, Cat Breed Mutations, and Exotic Cats. Designer cats can belong to any of these three breed groups, but are never natural cat breed cats. The term "designer cats" are those bred for particular stunning traits, like dwarf cats, jungle hybrids or hairless cats, and they are usually developed for a particular market. Designer cats are relatively new, emerging breeds. You may see designer cats making their appearance at some cat shows, but many do not yet have a recognized status with cat registries.

The first cat show ever recorded was in Winchester, Southern England in 1598, which gave prizes for the best ratter and mouser. By the second half of the 19th century, very serious, competitive cat showing was underway. The first major cat show was on July 13th, 1871 at the Crystal Palace in London. A total of 170 cats were shown, and this was the first time that cats were given standards and classes. In 1887 the National Cat Club was formed.

Today, there are at least 65 cat shows a year in Britain and at least 400 in the U.S. The biggest modern cat show is the National Cat Show in London that takes place every December.
Posted by Sulochana at 10:52 AM