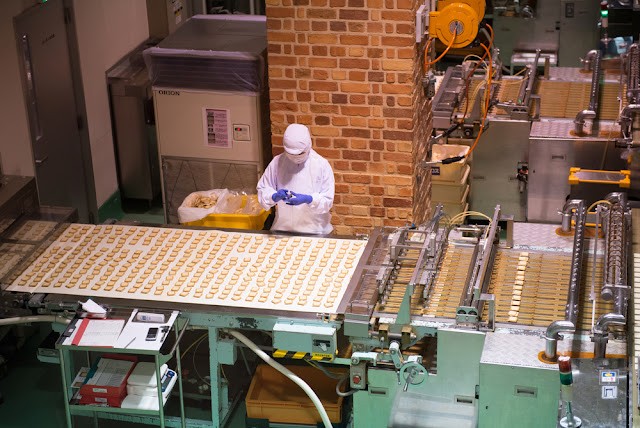 What do you get when you combine leadership in the pretzels category with Kettle Chips and nuts? Natural growth in the snacking category.

Diamond Foods was looking for a buyer when Snyder's-Lance made a $1.27 billion acquisition offer to acquire the company for its popular snack food brands including Kettle Chips, Pop Secret popcorn, and Diamond of California culinary nuts. The acquisition was completed in March of 2016 for $1.2 billion. Investors received 0.775 Snyder’s-Lance shares and $12.50 cash for each share they owned.

Given the growth in natural snacks, this is a match made in salty-sweet heaven.

osh Schroeter and Edmond Sanctis founded Sahale Snacks in 2003 in response to the simply unsatisfying trail mixes and energy bars they had eaten while hiking. Eleven years later, in mid-2014, the J.M. Smucker Company acquired Sahale Snacks® for an undisclosed amount.

The acquisition instantly brought Smucker a line of popular, natural snacks to its portfolio of food products. Sahale Snacks also brought Smucker some additional, healthy revenue, expected to be about $50 million in its first year under the Smucker umbrella.

The year before Smucker acquired the company, Sahale landed a deal that added to its already impressive retail accounts: distribution in 6,000 7-Eleven convenience stores, where customers are hungry for more healthy snack options.

In September of 2018, Hershey's purchased the Pirate's Booty line of snacks from B&G Foods for $420 million.

Pirate's Booty has been a fast-growing snack brand, offering a healthy cheese-puff snack food that will help Hershey become more competitive in the better-for-you snacks category.

The brand is housed under Hershey's growing Amplify business

Adding this company to Hershey's growing collection of health-conscious snack lines helps Hershey target customers who are looking for healthy snacks without compromising on taste.

The strength of the Pirate's Booty business was expected to be accretive to Hershey and support its financial targets.

At the time of the acquisition, Pirate's Booty was experiencing 8% growth year-over-year.

Take one look at the Mediterranean Snack Foods snacks lineup, and their appeal is clear.

From healthy snacks to quick meals on the go, the company filled gaps and developed products—50 Natural lentil / legume-based chips, crackers, and veggie snacks at the time of acquisition—mapping to the trend in tasty plant-based foods.

The "boxes" that Mediterranean Snack Foods Company could check off included:

Talent is a draw for acquisitions too. Vincent James, the company's CEO, had experience from big food companies Nabisco and Kraft, which could add leadership and growth potential to American Halal, which itself was not such an old company.

You can't help but think "American entrepreneurial dream" in the Detroit News story of how Jack and Annette Aronson founded the company in 1997 the back of their Clubhouse Bar-B-Q. Eighteen years to jackpot! If there's still an American dream, this is it.

Big Benefits of the Acquisition

Garden Fresh Gourmet had sales of $110 million the year before it got acquired. For Campbell's, the acquisition added a new dimension to their mix: Garden Fresh Gourmet brings a food product line (including a mind-blowing variety of hummus dips) that appeals to food shoppers' desires for fresh yet convenient natural and organic foods.

The most awesome part? Campbell would reportedly keep making Garden Fresh's salsas "in the five-gallon buckets Aronson used to build the company and its reputation."

Founded in 2001, Enjoy Life Foods is based in Schiller Park, Illinois and was an early leader in the now-popular "free from" category, making foods for eaters who have allergies or simply want to avoid allergens.

"As we focus on continuing to drive growth in snacking, the acquisition of Enjoy Life Foods is a great strategic fit for us," said Mark Clouse, Chief Growth Officer at Mondelez International.

"The Enjoy Life brand expands our portfolio into faster-growing, on-trend, 'better-for-you' areas and provides an excellent platform to make these delicious offerings available to consumers with 'free-from' needs or simply looking for healthy-lifestyle options, both in the United States and beyond."

Founded in 1976, Rudi’s Organic Bakery is based in Boulder, Colorado and produces certified organic breads, buns and rolls, tortillas and wraps, bagels and English muffins in both traditional and gluten-free varieties.

Benefits of the Bakery Acquisition

The strategic acquisition of Rudi’s, a leading certified organic bread brand, instantly expanded Hain Celestial's reach into 11 of the top 20 natural categories in the United States—including the dedicated gluten-free aisles.

Founded in 2005, and starting out as a farmers' market vendor with a seriously colorful story, Dave’s Killer Bread is based in Milwaukie, Oregon and produces organic, whole grain bread.

These moves are part of an overall strategy to align the company with shifting consumer preferences toward natural, organic food with fewer ingredients.
Flower Foods then acquired Alpine Valley Bread Company for $120 million in September 2015.

Founded in 1997, Alpine Valley Bread Company is based in Mesa, Arizona and produces organic bread.

Benefits of the Bakery Acquisitions

“Alpine Valley Bread Company will further strengthen our company,” says Allen Shiver, Flowers’ president, and CEO. “With its extensive portfolio of on-trend organic products, Alpine Valley has a deeply rooted culture of excellence, service, and commitment. We are especially pleased to welcome Alpine’s team members who will bring expertise in the development, production, and delivery of organic bread to Flowers.”

Founded in 2010, Flagstone Foods is based in Saint Paul, Minnesota and produces nuts, trail mix products, dried fruits, snack mixes, wholesome snacks, and snack bars. One of the Flagstone brands, Amport Foods, began as a date importer and has grown to what they say is the "#1 private brand dried fruit supplier in North America."

Flagstone Foods brings healthy revenue to TreeHouse Foods, with about 24% growth per year.

Given Flagstone's market share in the dried fruit and snacks category, the acquisition helps TreeHouse Foods get a foothold in the produce aisle with healthier snacks, where sales are growing both for brands and for supermarkets.

As shoppers look for healthy produce options they are more likely to pick up healthful snacks in the produce department as well.

Founded in 1995, Country Choice Organic is based in Eden Prairie, Minnesota and produces certified organic cereal, oatmeal, and granola products.

Nature's Path already had a popular and well-respected line of natural cereal, granola, and snack brands.

Given the competition from Big Food companies acquiring natural food brands, a transaction like this gives Nature's Path more strength and visibility in the various organic food categories both with consumers and with the retailers who sometimes need to make hard choices about what goes on supermarket shelves.

General Mills acquired Annie’s, Inc. for $820 million in September of 2014. General Mills is the same company that famously acquired LARABAR in 2008, kicking off a frenzy in new snack/energy bar start-ups.

Founded in 1989, Annie’s is based in Berkeley, California and produces natural and organic pasta liked boxed mac and cheese, meals, and snacks—especially known for its fun bunny shapes.

Jeff Harmening, executive vice-president and chief operating officer of U.S. Retail at General Mills emphasized Annie's strength in convenient meals and snacks as a real draw, noting that they are two of General Mills’ priority platforms. In recent years, General Mills have scooped up many a natural brand and surely have learned a lot, especially from its experiences with the Kashi cereal line.

Annie’s brought consumer trust and appreciation of their purpose-driven culture and authentic brand to the marriage. An update on Annie's one year after the acquisition by CEO John Foraker only confirmed the brand's authentic leadership.

General Mills' brings supply chain, sales, and marketing resources that when combining Annie's with other acquisitions would significantly grow the company's organic and natural foods business.

WhiteWave Foods Company acquired So Delicious for $195 million in September of 2014.

Founded in 1987, So Delicious is based in Springfield, Oregon (near Eugene) and produces dairy-free beverages, frozen desserts, creamers, and cultured products.

So Delicious not only has a following of gluten-free, dairy-free eaters but they have built an authentically fun and trustworthy brand, which is especially important in the natural foods industry.

ConAgra acquired Blake’s All Natural Foods for an undisclosed amount in May of 2015.

Founded in 1929, with a colorful history as a family business, Blake’s All Natural Foods is based in Concord, New Hampshire and produces natural organic frozen meals.

The acquisition of Blake’s would quickly help ConAgra Foods play catch up in the fast-growing trend for consumers seeking foods with natural and organic foods with simple ingredients.

With their reach, ConAgra Foods would quickly expand distribution of the Blake’s brand nationwide.

Hillshire Brands acquired Van’s Natural Foods for $165 million in May of 2014 from Catterton Partners.

Founded in 1988, Van’s Natural Foods is based in Peoria, Illinois and produces gluten-free breakfast foods.

The acquisition gave Hillshire's a significant entry into the natural foods category, adding a diverse line of natural breakfast foods and grain-based snacks to Hillshire's frozen breakfast offerings, which include the Jimmy Dean's brand.

Executives at Hillshire Brands confirmed the acquisition's goal as similar to all of the other recent acquisitions—to diversify through natural food acquisitions in the light of lower consumer spending on conventional foods and preference for "better for you" foods.

Post Holdings acquired the branded and private label cereals and snacks lines from Hearthside Foods for $158 million in June of 2013 from Wind Point Partners. A few months earlier, Post had also acquired Attune Foods, adding to their share of the natural breakfast food market.

Founded in 2009, Hearthside Foods is based in Downers Grove, Illinois and produces organic and natural cereal, granola, and snacks such as bars and cookies. In fact, they describe themselves as America's largest producer of grain-based bars.

The Hearthside brands that Post acquired are primarily sold through natural and health food retailers, which aligns with distribution of other Post food brand
Posted by Sulochana at 12:25 PM