Health benefits and risks of chocolate 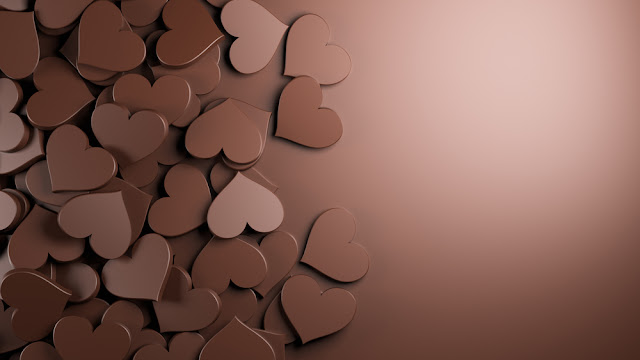 The next time you eat a piece of chocolate, you may not have to feel so guilty about it. Despite its bad reputation for causing weight gain, a number of health benefits may be associated with this delicious treat.

Chocolate is made from tropical Theobroma cacao tree seeds. Its earliest use dates back to the Olmec civilization in Mesoamerica.

After the European discovery of the Americas, chocolate became very popular in the wider world, and its demand exploded.

Chocolate has since become a popular food product that millions enjoy every day, thanks to its unique, rich, and sweet taste.

But what effect does eating chocolate have on our health?

Chocolate receives a lot of bad press because of its high fat and sugar content. Its consumption has been associated with acne, obesity, high blood pressure, coronary artery disease, and diabetes.

However, according to a reviewTrusted Source of chocolate's health effects published in the Netherlands Journal of Medicine, it's not all bad news.

The authors point to the discovery that cocoa, the key ingredient in chocolate, contains biologically active phenolic compounds.

This has changed people's views on chocolate, and it has stimulated research into how it might impact aging, and conditions such as oxidative stress, blood pressure regulation, and atherosclerosis.

Chocolate's antioxidant potential may have a range of health benefits. The higher the cocoa content, as in dark chocolate, the more benefits there are. Dark chocolate may also contain less fat and sugar, but it is important to check the label.

Eating chocolate may have the following benefits:

It is important to note that the possible health benefits mentioned below came from single studies. More research is needed to confirm that eating chocolate can really improve people's health.

In addition, chocolate bars do not contain only cocoa. The benefits and risks of any other ingredients, such as sugar and fat, need to be considered.

The researchers set out to investigate whether chocolate bars containing plant sterols (PS) and cocoa flavanols (CF) have any effect on cholesterol levels.

The authors concluded: "Regular consumption of chocolate bars containing PS and CF, as part of a low-fat diet, may support cardiovascular health by lowering cholesterol and improving blood pressure."

Scientists at Harvard Medical School have suggested that drinking two cups of hot chocolate a day could help keep the brain healthy and reduce memory decline in older people.

The researchers found that hot chocolate helped improve blood flow to parts of the brain where it was needed.

Results of a lab experiment, published in 2014, indicated that a cocoa extract, called lavado, might reduce or prevent damageTrusted Source to nerve pathways found in patients with Alzheimer's disease. This extract could help slow symptoms such as cognitive decline.

Another study, published in 2016 in the journal Appetite, suggests eating chocolate at least once weekly could improveTrusted Source cognitive function.

Research published in The BMJ, suggests that consuming chocolate could help lower the risk of developing heart disease by one-thirdTrusted Source.

Based on their observations, the authors concluded that higher levels of chocolate consumption could be linked to a lower risk of cardiometabolic disorders.

They call for further experimental studies to confirm whether consuming chocolate is beneficial.

A further study, published in the journal Heart in 2015, tracked the impact of diet on the long-term health of 25,000 men and women.

The findings suggested that eating up to 100 grams (g) of chocolate each day may be linked to a lower risk of heart disease and stroke.

Eating 30 g (about one ounce) of chocolate every day during pregnancy might benefit fetal growth and development, according to a study presented at the 2016 Pregnancy Meeting of the Society for Maternal-Fetal Medicine in Atlanta, GA.

Findings published in The Journal of the International Society of Sports Nutrition suggest that a little dark chocolate might boost oxygen availability during fitness training.

Researchers who studied cyclists doing time trials in the United Kingdom found that "After eating dark chocolate, the riders used less oxygen when cycling at a moderate pace and also covered more distance in a two-minute flat-out time trial."

The scientists believe that the success of dark chocolate in this case is that it contains flavonols known as epicatechins, which enhance the release of nitric oxide in the body. Beetroot juice has a similar effect.

Chocolate may have health benefits, but it can have some negative effects, too.

Weight gain: Some studies suggest that chocolate consumption is linked to lower body mass index (BMI) and central body fat. However, chocolate can have a high calorie count due to its sugar and fat content. Anyone who is trying to slim down or maintain their weight should limit their chocolate consumption and check the label of their favorite product.

Sugar content: The high sugar content of most chocolate can also be a cause of tooth decay.

Migraine risk: Some people may experience an increase in migraines when eating chocolate regularly due to cocoa's tyramine, histamine, and phenylalanine content. However, research is mixed.

Bone health: There is some evidence that chocolate might cause poor bone structure and osteoporosis. The results of one study, published in The American Journal of Clinical Nutrition, found that older women who consumed chocolate every day had lower bone densityTrusted Source and strength.

Heavy metals: Some cocoa powders, chocolate bars, and cacao nibs may contain high levels of cadmium and lead, which are toxic to the kidneys, bones, and other body tissues.

In 2017, Consumer Lab tested 43 chocolate products and found that nearly all cocoa powders contained more than 0.3 mcg cadmium per serving, the maximum amount recommended by the World Health Organization (WHO).