Foods You Should Never Feed Your Dog 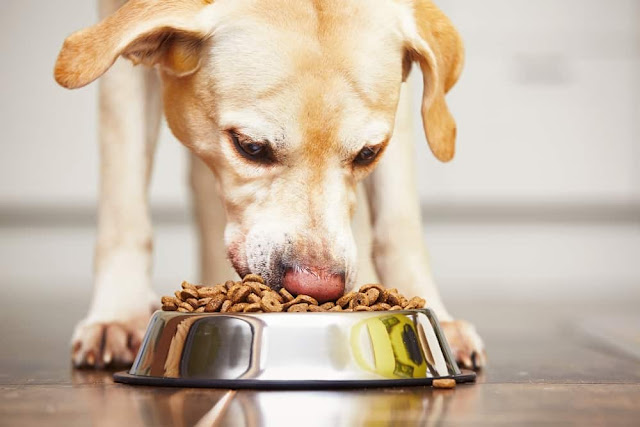 Avocados make their own fungicide, called persin. Pretty cool, huh? But dogs are allergic to it (and some humans, too), so don't let your dog near that guacamole. Persin is found in the seeds, leaves, and bark of avocado trees, too, so if you have an avocado tree in your yard, keep your dog away.

While it might be funny to watch a dog lapping up some beer (YouTube will attest to this), alcohol will make a pet intoxicated much quicker than it will have an effect on a human. Too much alcohol can quickly lead to alcohol poisoning and even death.

The caffeine found in coffee is a stimulant: that's why so many of us need that cup to get going in the morning. But to a dog, such a stimulant can result in heart palpitations and muscle tremors. Letting your dog lick the foam off your cappuccino is not only unsanitary, but harmful to his health.

While we're on the topic of cappuccino foam, it's worth mentioning that milk isn't good for your dog either. Humans have an enzyme that breaks down lactose in milk, but dogs don't have very much of this enzyme. Ingesting milk can result in intestinal upset and even diarrhea. Water should be the only beverage your pup drinks.

Many of us have heard not to let dogs eat chocolate, but why? Chocolate contains a caffeine-like substance called theobromine, which wreaks havoc on a dog's nervous system. It can result in vomiting, diarrhea, irregular heartbeat, tremors, seizures, and even death. Don't panic, though: a ten-pound dog would have to eat an entire chocolate bar to be in any serious danger. Stay on the safe side and hide the chocolate in the refrigerator where your dog can't get to it.

This flavorful fruit is not as popular in the US as it is in Asia, but certain varieties are native to the Midwest and the Asian varieties grow well in California. There is a chemical found in persimmons that can react with stomach acid and create a gluey mass that can obstruct the intestines. It's a rare occurrence, but it's best to keep your dog away from persimmons regardless.

Chives, garlic, and onions are in the allium genus of plants, and another thing they all have in common is that they can irritate your dog's digestive system. Consumption of mass quantities can also deplete your dog's red blood cells, leading to anemia. Don't let your dog ingest these foods. It wouldn't help his doggy breath anyway!

The pits in these stone fruits can obstruct your dog's bowels. They also contain small amounts of cyanide, which is poisonous to dogs (and humans).

It only takes a small amount of macadamia nuts to make your dog sick. Watch for signs of weakness or depression. More severe cases of macadamia poisoning can result in hypothermia and tremors. Symptoms may not appear for up to twelve hours. Keep your dog away from cookies and candy that may contain macadamia nuts.

Gum is another substance that can result in a bowel obstruction, should your dog swallow it. But something you may not know about is Xylitol, a sweetener sometimes found in gum or candy, that is extremely toxic to dogs. If your dog consumes Xylitol his liver could fail—something you certainly don't want to risk.

Even if the candy you feed your dog doesn't contain chocolate, macadamia nuts, or Xylitol, sugar itself is no good for your dog. It can contribute to obesity and diabetes (which is, of course, why humans should avoid it as well).

Scientists and veterinarians don't quite know why, but grapes and raisins can lead to kidney failure in dogs. Even a small amount can be dangerous, so use caution if your kids like to eat grapes or raisins as a snack. If your dog is affected, hyperactivity or repeated vomiting are usually the preliminary signs, and can then turn into lethargy and depression within a day or so. Take your dog to the vet immediately if he exhibits these symptoms after eating grapes or raisins, or if there's a chance he's eaten some.

An enzyme present in raw eggs interferes with the absorption of a particular vitamin in dogs, which can cause skin or coat problems down the road. Raw foods also pose a risk of salmonella, as they do in humans.

A potato chip or two isn't likely to cause any harm, but consumption of mass quantities of salt can lead to dehydration, high temperature, depression, tremors, vomiting, and even death in dogs. Bottom line: hide that salt shaker where your dog can't find it.

Dogs and bones go hand in hand, right? Not quite. For the domestic pet inexperienced in hunting and eating wild animals, bones are more of a hazard than a way of life. Bone splinters can get lodged in your dog's throat or even puncture his digestive tract. Better stick to toy bones or bone-shaped treats instead.
Posted by Sulochana at 3:33 PM