Police have detained four men over an alleged New Year's Eve sexual attack on a woman in Bangalore, India.

The arrests were made Thursday after CCTV footage, which shows a man sexually attacking a woman in an alleyway in the Kammanahalli neighborhood, was provided to police.

Authorities are still looking for two other men "who were involved in this heinous act," Bangalore Police Commissioner Praveed Sood said in a press conference.

"The six accused had been stalking the victim for four to five days and had been waiting outside her house [before the incident]. One of the six did the actual groping."

The video shows two men on a motorbike pull into the alleyway as the woman is walking in the direction of the CCTV video.

One of the men gets off the motorbike, grabs the woman, and pushes her to the motorcycle. 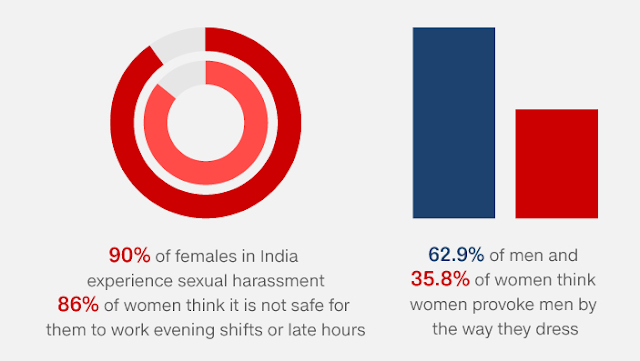 It is clear that the woman is resisting the man, as she is seen trying to fight him off. After struggling with the woman, the man hits her. She then falls to the ground and the two men drive off.

"I have a humble request with all the media not to ask for any details of the victim," Sood said, adding that the woman is "quite a bit" traumatized.

"We don't want to traumatize her further."

A resident of the Kammanahalli neighborhood provided the CCTV footage to police on January 3. The four men are expected in court Friday.

The arrests come after reports of an alleged large-scale incident elsewhere in Bangalore, in the central business district, on New Year's Eve.

National Indian media picked up on a story by the Bangalore Mirror, which reported that its journalists witnessed "a brazen mass molestation of women" in the central area of the city on December 31.

Some pictures from the scene show confusion and chaos as thousands of people gathered to celebrate the new year. One eyewitness told CNN he saw "a horde of men" trying to grope and molest any women they could find.

But Bangalore police continued to insist Thursday that there were no cases of assault or molestation in that part of the southern city. They said no complaints have been filed.

The affair has hit the headlines in India where it has been the main story on every national TV channel.

Police were seen trying to control the crowd with big sticks.

One women's rights activist, Brinda Karat, told Reuters news agency: "This is mass-molestation, mass molestation in front of the police. At that time if the police had immediately acted, when it was happening, and saved the women ... but instead of that, looking at the CCTV cameras when the police were present ... I mean, it's absolutely ridiculous."

Bangalore is the capital of the state of Karnakata, and the home minister there, G Parameshwara, generated controversy when he seemed to place blame on the alleged victims.

Police say no formal complaints have been filed with them over the alleged "mass molestation."
"They try to copy the westerners, not only in their mindset but even in the dressing" he said.

The minister clarified his remarks on Thursday, saying he was misinterpreted, and the safety of women was a priority for him and for the police.
Posted by Praveen Dilip Geoffrey at 10:53 PM