Cricketer Who First Proposed To Virat Kohli, Still Can't Get His Spelling Right

Danielle Wyatt was the member of the victorious England women's team that defeated Mithali Raj-led India in the ICC Women's World Cup 2017 final. The cricketer on Monday took to Twitter and shared the picture of a bat she got as gift from India captain Virat Kohli during the 2014 ICC World T20 tournament. Back training this week. "Can't wait to use this beast Thanks @imVkohli #ping #middlesbiggerthanme," Danielle's tweet read.
View image on Twitter 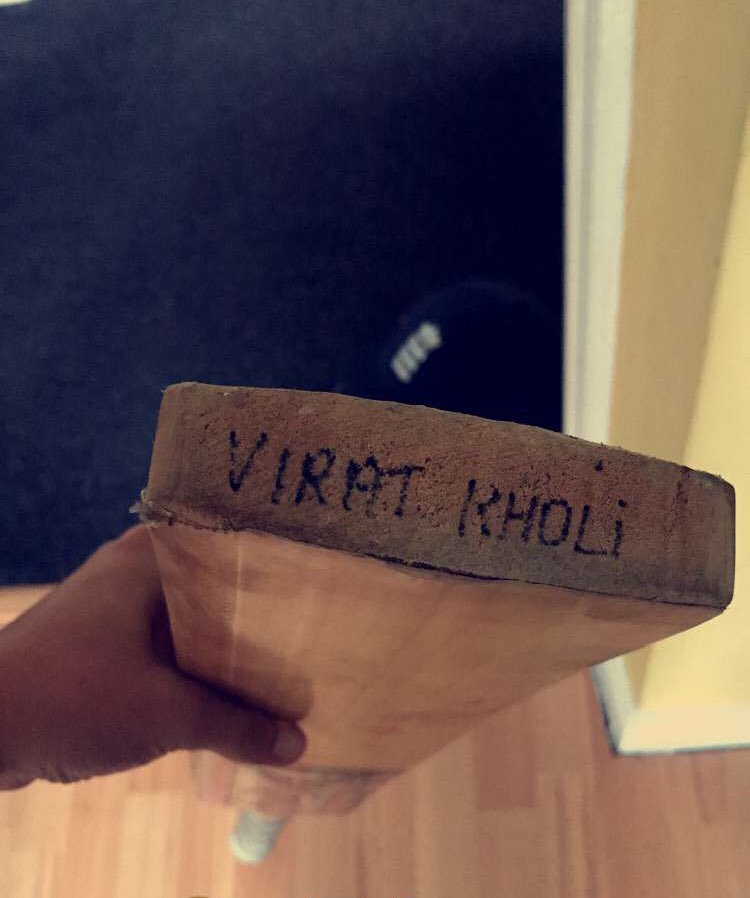 Danielle Wyatt  ✔@Danni_Wyatt
Back training this week. Can't wait to use this beast


Unfortunately, Danielle made a spelling error while writing Kohli's name on the toe end of the bat. Instead of Virat Kohli, she wrote 'Virat Kholi'.
And Kohli's fans on Twitter immediately got on her case.

pavan sharma @Pavan_sharma_07
Its "kohli", not "kholi" (kholi in a native indian language means a room)

Twitter Ads info and privacy
Indian cricket's superstar Kohli had also got a marriage proposal from Danielle on Twitter, soon after taking India into the final of the ICC World Twenty20 tournament with a thunderous 72-run knock against South Africa. But even that proposal was sent to Kholi.

Twitter Ads info and privacy
The 26-year-old Danielle, who made her debut in 2010 against India, has played 53 ODIs for her country, scoring 602 runs at an average of 17.20. She also has 27 wickets to her name.
The Indian women's cricket team let slip a historic title triumph with nerves getting the better of it in a tense summit clash against England, leaving India giant-slaying side with the runners-up tag for the second time in the ICC World Cup.
Posted by Praveen Dilip Geoffrey at 11:46 AM