At 2+2 meet with US on Dec 18, Indo-Pacific and more Apache choppers on agenda 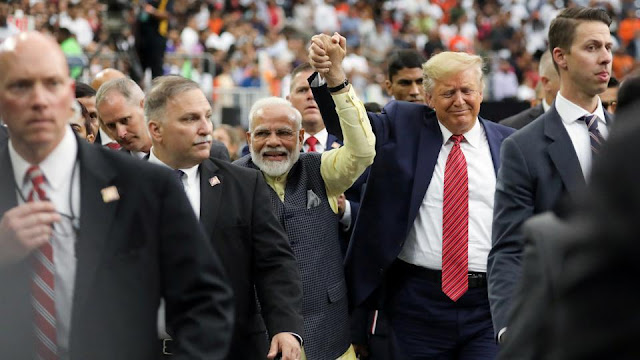 The dialogue also gives and opportunity to the defence and foreign ministries to harmonise their perspectives on issues such as terrorism, Pakistan, Afghanistan and West Asia.

India and US will further cement their special strategic relationship with defence minister Rajnath Singh and external affairs minister S. Jaishankar meeting their US counterparts, Mark Esper and Mike Pompeo, for the two-plus-two dialogue in Washington on December 18, with the focus being on Indo-Pacific and the early conclusion of India’s hardware purchases from the US.

The only other country with which India holds a dialogue in the two-plus-two format is Japan.

According to Indian and US diplomats familiar with the matter but who asked not to be named, the forthcoming dialogue will be important as it will synergise positions and views of the foreign and defence ministries of the two countries and try and achieve convergence in terms of a common view on emerging global threats and challenges.

The dialogue also gives and opportunity to the defence and foreign ministries to harmonise their perspectives on issues such as terrorism, Pakistan, Afghanistan and West Asia.

According to senior government officials who spoke on condition of anonymity, the meeting may help close pending arms purchases from the US, including that of 24 multi-role helicopters, six additional Boeing P 8I multi-mission aircraft and six additional Apache helicopters.

Apart from this, the meeting could also discuss India’s acquisition of armed drones and strategic inputs for India’s second aircraft carrier being built in Kochi.

The US-India trade negotiations will be kept out of the dialogue; this is currently seeing serious negotiations between Commerce Minister Piyush Goyal and US Trade Representative Robert Lighthizer.

While both sides have decided to maintain radio silence on the negotiations, an early harvest agreement is possible before the final deal is signed.

One of the main objectives of the two-plus-two meeting, the diplomats and officials said, is synchronizing India’s Act East policy with the larger Indo-Pacific architecture adopted by India, the US, Japan, and Australia; both countries are for free navigation and demilitarization of the South China Sea, they added. There are pressing regional concerns as well. With US President Donald Trump ready to resume negotiations with the Taliban, India also needs to understand the recent change of Washington’s strategy towards stabilization of Afghanistan.

Terrorism emanating from Pakistan with India and Afghanistan as targets will also be the key focus of the dialogue as also the large presence of so-called Islamic State Khorasan fighters in the Achin district of Nangarhar province.

Cabinet Ministers from both countries will also share their perspective on China and the Far -East with Beijing using the Belt and Road Initiative as an economic weapon in the Indian sub-continent and beyond.
Posted by Sulochana at 10:08 AM