Oviya is the current sensation in Tamil Nadu. The actress, who's trying to make inroads into Tamil cinema, has won the hearts of the audience after appearing in the television reality show Bigg Boss Tamil, hosted by Kamal Haasan.
On Saturday, Oviya left the show citing health issues. After her exit, a tweet from one of Simbu's fake accounts said that he wanted to marry Oviya. The tweet was widely circulated on the internet. So much so that some section of media carried an article based on the tweet.
Earlier today, Simbu issued a statement and slammed the media for falsely reporting the news.
"I always believe media is a place where responsibility and accountability are the forte. But this irresponsible act of some media persons is something I cannot keep quiet and encourage. I hereby request the media to publish the news that comes from my desk and my verified accounts personally", said Simbu.
View image on Twitter 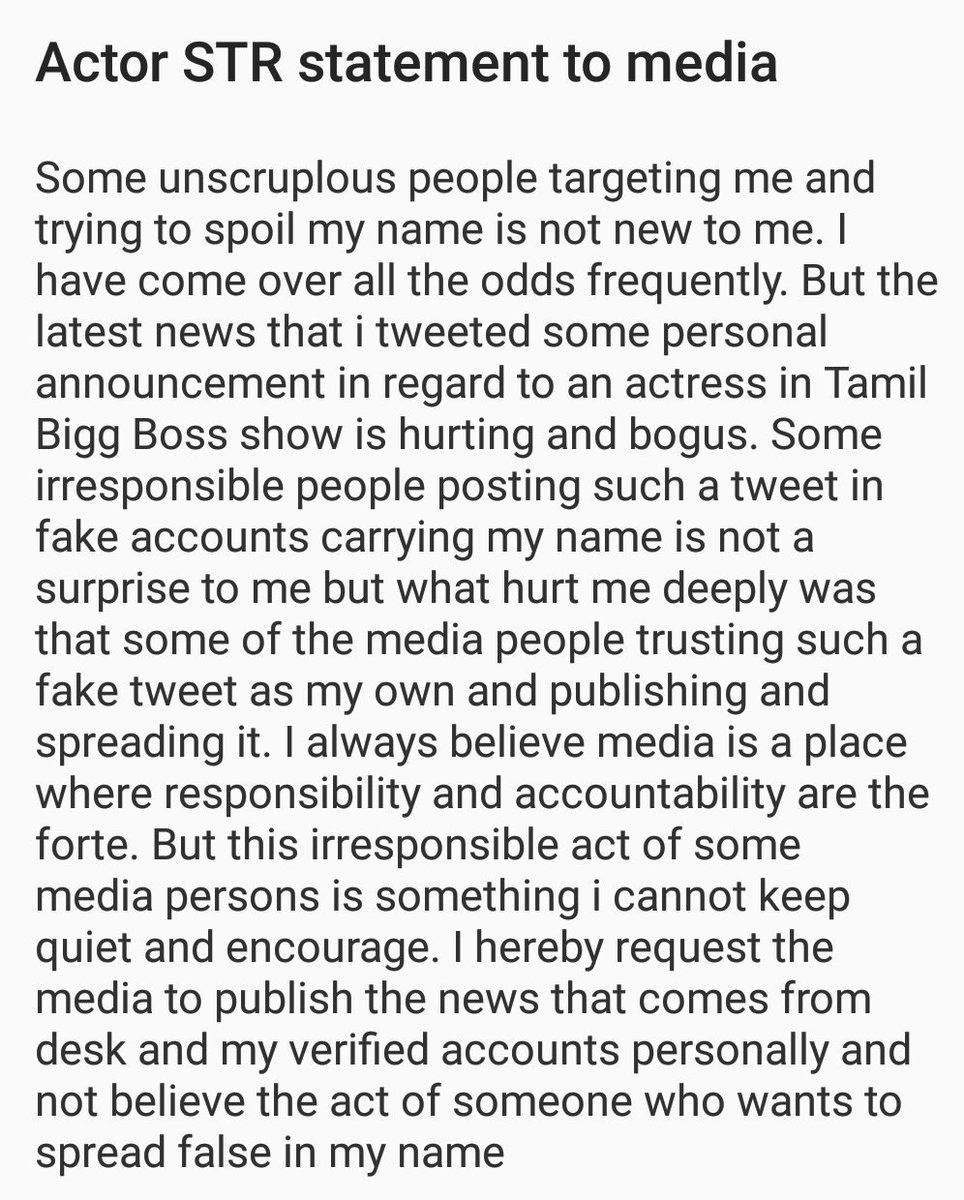 Twitter Ads info and privacy
Taking it to Twitter, Simbu has warned the miscreant who posted a fake tweet. Oviya became the trending topic for several reasons. After she was cornered by the housemates, several celebrities including Simbu supported the actress on Twitter.

STR
✔
@iam_str
I know who's behind this fake news. Final warning, if you still? Different reply in a very different way. Don't unleash the god of a devil.

Twitter Ads info and privacy
On the work front, Simbu awaits the release of his yet-untitled next, which is slated to release in September this year.
Posted by Praveen Dilip Geoffrey at 1:01 PM