FIIS FLOCK IN THE MARKET AS INDIAN STOCKS BECOME ATTRACTIVE 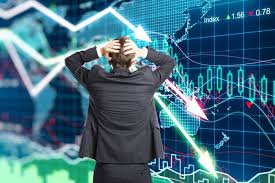 As Indian economy has gradually started to function again after three months of extended lockdown; foreign institutional investors are also back in the economy; bringing back 40 percent investment what they had withdrawn during the lockdown.

FIIs returning to India is a good news. It shows the faith investors have in the economy and will help India move quickly in the path of normalcy after three months of lockdown. In March and April, FIIs were on a selling spree as investors were trying to secure their investment when India’s economy came to a standstill. A total of Rs 62,700‬ crore was withdrawn by the foreign investors from the equity market during these two months.

The situation was same worldwide, and India was no exception. As COVID-19 cases were on the rise in most countries, foreign institutional investors were aggressively selling across all the markets, especially in emerging markets amid fear. Countries like South Korea, Taiwan, and Japan have also experienced a steady outflow of funds as FIIs exited the market. However, it seems like the trend is reversing. Since April, India received more FII inflow than the other countries mentioned.

Investors are floking bac to global investment arenas, and FIIs return to India falls in line with the recovery trend. As COVID-19 cases are reducing in many countries and curves are flattening fast in others, it helped elevate the confidence of foreign investors. After a sharp decline in March, FII outflow was tepid at the beginning of the new quarter, showing signs of recovery.

A global trend of recovery

Government stimulus plan and moratorium also helped to boost the confidence of the investors. In the first week of June Rs 23,000 crore, which is close to 40 percent of the withdrawn funds has returned into the system.

In a recent interview, veteran investor Rakesh Jhunjhunwala also mentioned that he hopes that the government will increase expenditure after the lockdown lifts to help the economy bounce back. It will mark the beginning of a bullish phase in the market. Returning of FIIs is indicative of that. Easy global monetary policy is further paving the way with availibility of more funds in the hands of investors.

Some experts, however, think it is a temporary phenomenon and might ebb as it has come. FII investors are investing because stocks are strong, but funds polarisation is likely to continue. Only a few strong stocks are expected to get the best from the increasing FPI volume while the rest of the economy might have to rely on domestic investors to pour in with funds.

“Bulk of the FPI buying is concentrated in a few stocks. It will be fair to say that the buying is a bottom-up stock call rather than top-down macro buying. FPI capital is available in plenty for good companies, and this polarisation of flows is likely to continue,” – commented Nilesh Shah, MD, Kotak Mahindra AMC.

Amid rising volume of FIIs, Bajaj Finance, SBI, Tata Steel, ONGC and Titan were some of the top gainers in SENSEX. These stock prices have seen a good rise in value, gaining between 10 and 23 percent and helped NIFTY climb 9 percent in the last seven sessions.

FIIs back in India, but will they last

India is among the top gainers in FIIs; however, concerns remain over demand recovery, which will determine the fate of FII investment in the future. Some experts believe it might be only a temporary phase, caused by overselling by domestic investors. Overselling has made some of the premium stocks cheaper, which have attracted foreign investors to invest. They believe these shares will rally with the first signs of economic recovery.

What to infer from this? How you, an investor, should react to the current situation? According to experts, this is the time to wait and watch. They advised investors to exercise caution and look at the risk-reward scenario carefully before making major investment decisions
Posted by Sulochana at 11:29 AM